As you can tell by my previous posts, while I’m enjoying the benefits of riding electric bicycles, I’ve yet to be impressed by the unboxing and assembly process. 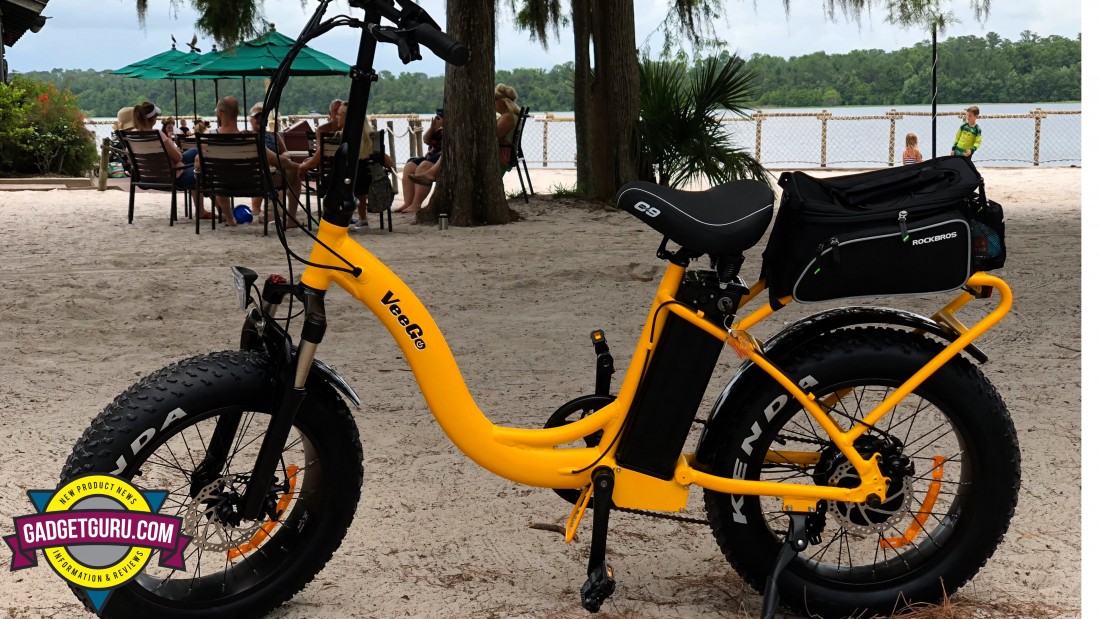 There’s a wide assortment of e-bikes available from a variety of online sellers these days and while models offer somewhat similar styling cues, it’s the combination of features that separates one from another. One factor the models I’ve purchased have in common is the “Made in China” stamp on the box. In this day and age, that’s not uncommon and while I’d prefer to buy a Made in America e-bike, they seem to be few and far between.

…unless you know what you’re doing, having a professional double check the assembly is a very good thing

All three of my previous e-bikes had another factor in common and that’s the lack of easy-to-follow instructional and support materials that guide the user through assembly process. In this day and age of PDF’s, websites, smartphone cameras, YouTube and fairly simple video editing programs, this is a real head scratcher for me as this type of content is not difficult to create.

The proper assembly of an e-bike is an important factor as one loose bolt can result in an accident. These electric variations of the age old bicycle feature batteries and electric motors that generate torque that can stress the connections. Understanding they can quickly accelerate to speeds in excess of 20mph with some models designed for use over rough terrain should clarify the need for proper assembly. While some companies are starting to apply more resources to this area, I can only provide my opinion based on the models I’ve purchased and the instructional materials offered online or along with the product at the time of delivery.

It should go without saying, whether it’s a pedal operated or a modern e-bike, always wear a helmet.

While the first e-bike I purchased had a slick video online that used effects and graphics to demonstrate how easy it was to assemble, when I was using it as a guide, it seemed to omit a few steps. Another model had a printed assembly guide that was lacking pertinent information and no PDF online. I’ll add that some of the parts were loose in the box with no explanation of where these parts should be placed. All three of the models I assembled required the assistance of a local bike tech to come in after I performed the assembly to check the bolts, adjust brakes and fine tune the gear mechanism for proper operation.

I’ll say it again: Unless you know what you’re doing, having a professional double check the assembly, brakes and gears is a very good thing as while many of today’s e-bikes look like ordinary bicycles, they are much more advanced. The last thing you want is to find that one extra bolt in the box and have the slightest doubt if it’s a necessary component or thrown in for good measure. It’s also a good idea to have a local bike shop tech re-check the bike after the first few weeks of usage as it seems that things can come loose with usage and the disc brakes will most likely require an adjustment. 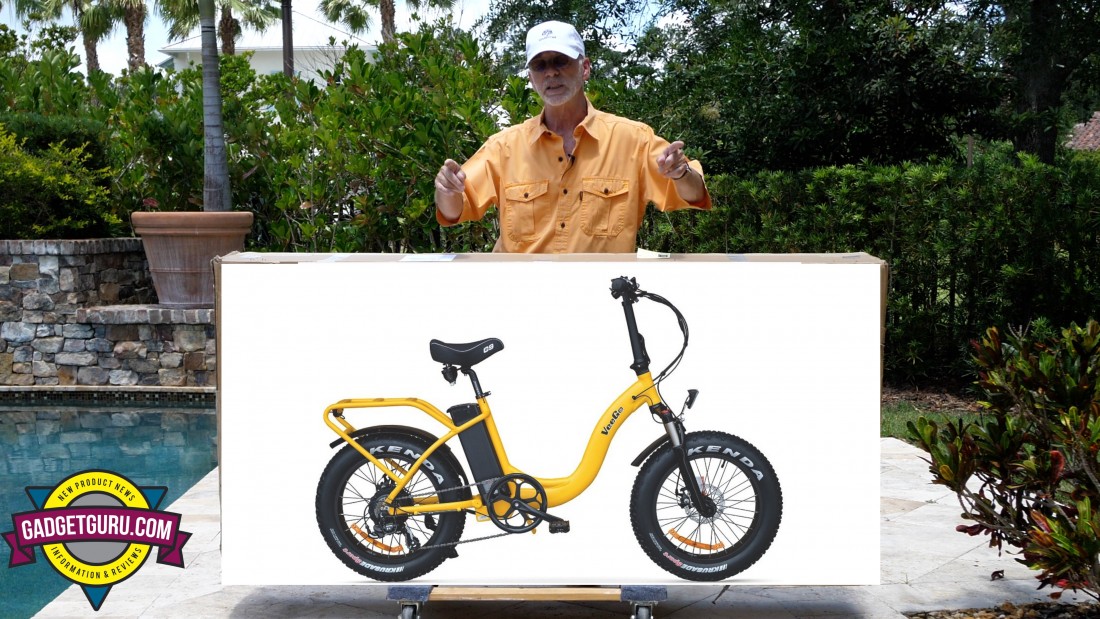 That brings us to this unboxing of the VeeGo 750 fat tire step-through e-bike that’s sold by RideScoozy.com. What captured my attention about this seller and model was its claim that it arrives in the box 99% assembled. I was also attracted to the bright yellow color and the step-through design. While some may consider a step-through model to be a “girls bike,” I’ll go on record and say that as we get older, having an easy way to mount and dismount a bike is an important factor.

With that said, here’s the questions of the day:

In this video I take that claim to task.

Here’s the Unboxing and Assembly video