It’s been at least a dozen years since I purchased an electric bike and it was not a wonderful experience. In fact, it was one of the most boring cutting edge products I’ve ever purchased. But don’t let the photo below scare you away from this page as I’ll tell you upfront Rad Power Bikes RadMini folding electric bike is lightyears ahead of this one. So, keep scrolling… 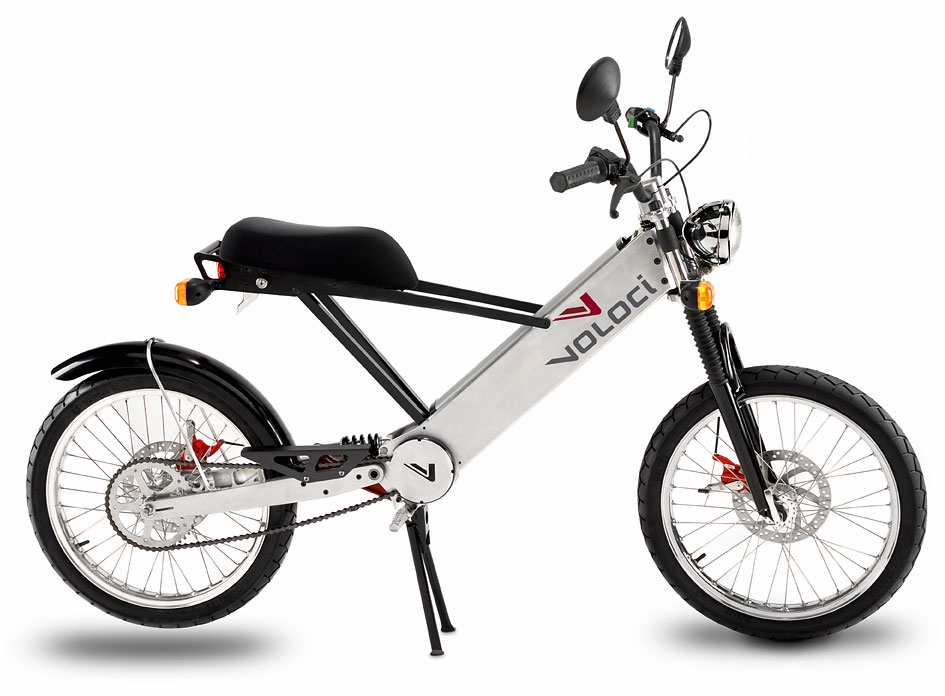 Two separate videos that highlight a full review and an assembly guide of the RadMini Electric Fat Tire Bike are located at the end of this post.

As you can see from the photo, without pedals this Voloci model is not a bicycle as it doesn’t have pedals. It was simply a bicycle-sized electric scooter. While I don’t remember the details or specifications, I can say that I’d simply plug it into a charger for a few hours and it would deliver a handful of miles. What I do remember was that while the style was minimalistic, the seat was uncomfortable and I could never figure out how to carry a tennis racket without sitting on it. Yes, it was a bit futuristic in style, but in my opinion, it simply wasn’t ready for prime time.

Now, let’s fast forward to just a few weeks ago when I started searching for an electric bicycle that I could store on my Prevost motorhome and pull it out to ride around various campgrounds and motorcoach resorts. My thought was that an electric bike would be a lot more fun than a golf cart and take up less space. While I tow a Jeep Wrangler and have it available for errands and site seeing, sometimes it’s simply more convenient to jump on a bicycle to ride around the neighborhood. And yes, there’s the exercise factor that’s a good thing for this Journalist who spends way too much time staring at a computer screen. Hey, those videos don’t edit themselves! 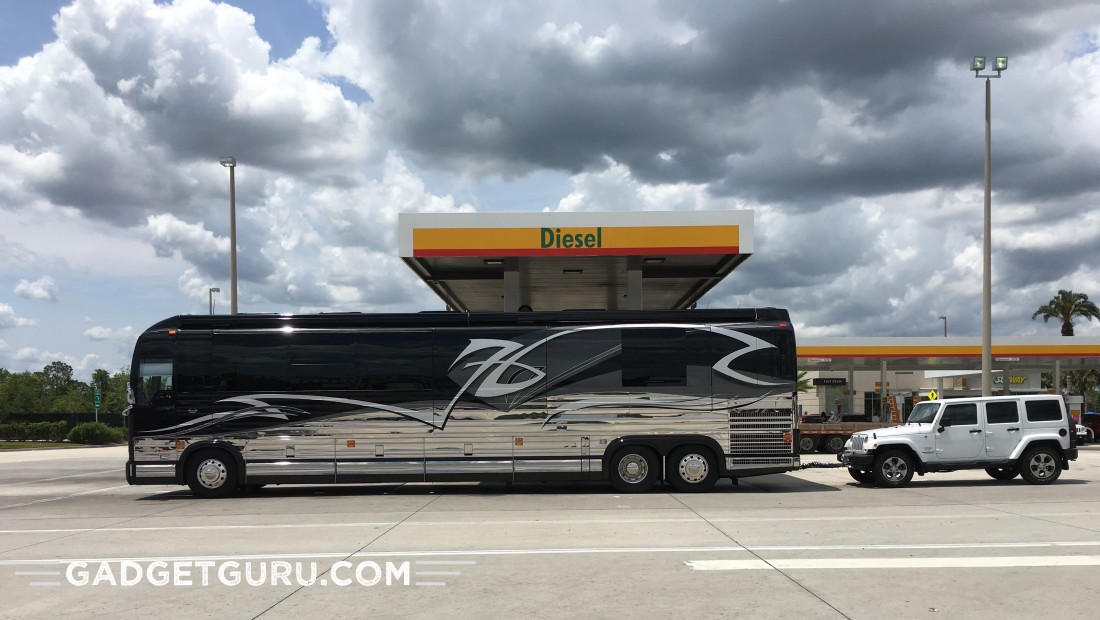 Basically, I was seeking a modern, electric version of the gas-powered mopeds of yesteryear.

My wish list contained a few requirements and I was seeking a model that would allow me to ride much of the day without requiring a charge, would recharge very quickly, had a removable battery that would allow me to charge it on or off the bike and, because storage space is at a premium, even on a Prevost motorhome, it had to fold for compact storage. I was hoping to find a model that could be peddled like a bicycle, offered an electric motor pedal assist feature and could be operated solely by the electric motor. Basically, I was seeking a modern, electric version of the gas-powered mopeds of yesteryear. Also on my list was a model with fat tires so that when I took it off the beaten path, it would have a chance of keeping me upright. 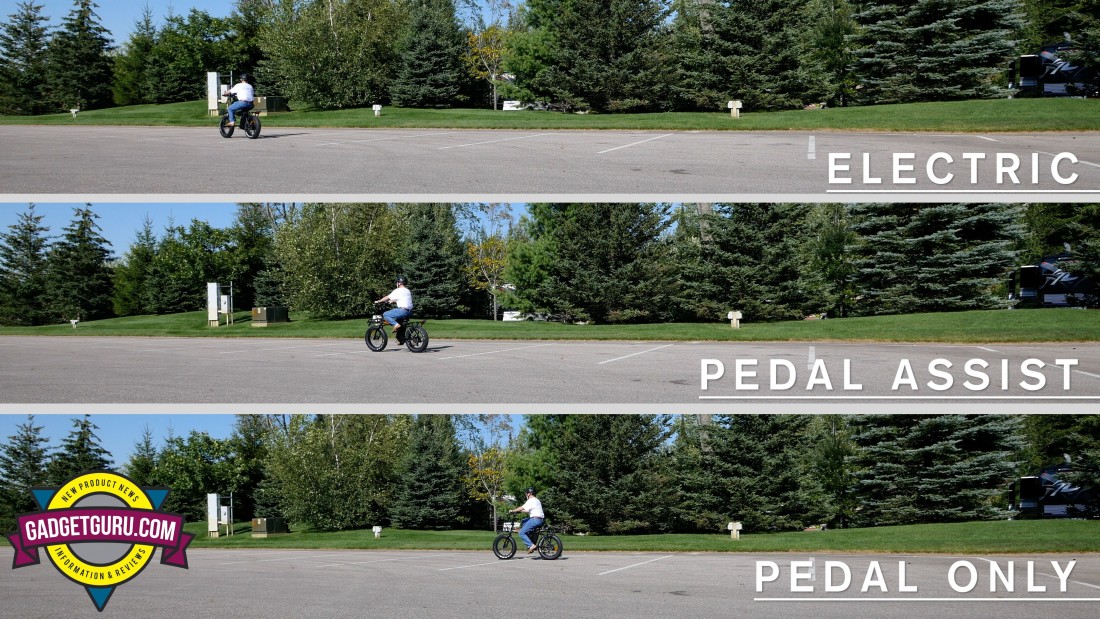 While just about everyone on the planet would start a search for a folding bicycle online, I chose to go another route and called an old Friend who’s affectionally known as “The Other Andy”.

During my days of creating and managing The VOG Victory motorcycle social network, l had the opportunity to meet quite a few riders and various dealers. I also had the inside track of knowing which dealers were the good ones and which ones to avoid. Andy and his Wife Debbie owned Volusia Motorsports and Fox Bicycles in New Smyrna Beach, Florida and yes, while they don’t have the superstore-style mega motorcycle showroom, they are considered the best of the bunch. 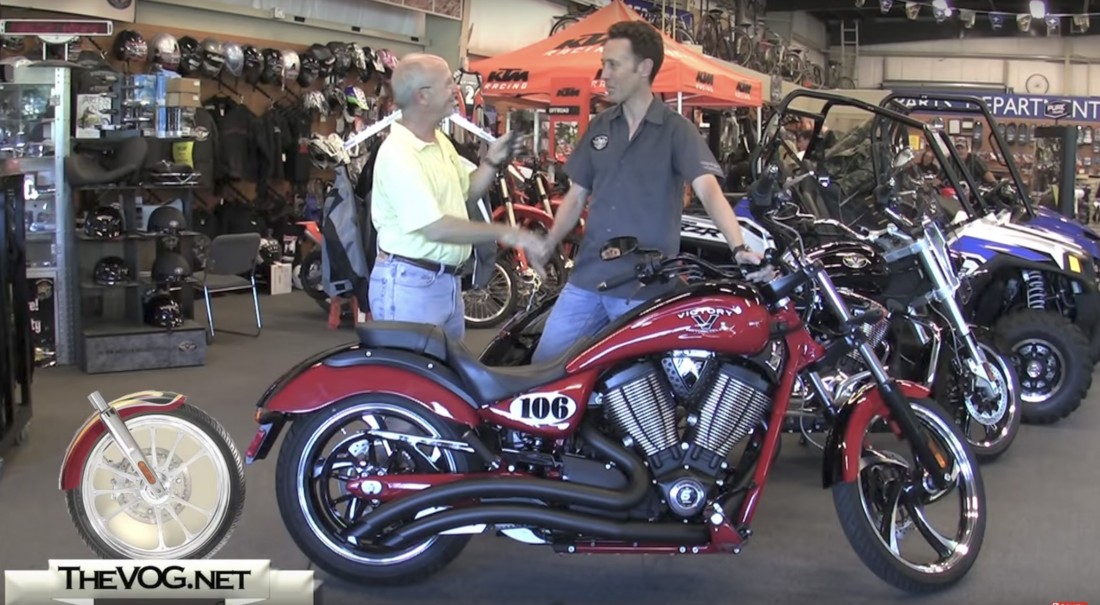 When I first met Andy, he was operating both Volusia Motorsports and Fox Bicycles out of the same showroom. But as I recently learned, both businesses have expanded into separate facilities just two doors apart. Since I was going to have the bicycle shipped to my next destination, I figured I would purchase based solely on the recommendation of Debbie and Andy. While it was nice catching up with them, they were upfront and stated they haven’t found an electric folding bike that met their standards. So my search went from the phone to online and I found Rad Power Bikes.

I’ll cut to the chase and tell you that I’m putting a “buy” rating on this product.

Of course I read the reviews and watched the videos online and because I know a bit about how product reviews work these days, I was skeptical. I say that as with the downfall of magazines and the budget cutting of newspapers, I often wonder who’s paying the reviewer for the time it takes to accurately test and review a product. Yes, it’s a time consuming procedure when a review is conducted correctly.

Buying A Bike From An Unknown Source

While I was unfamiliar with Rad Power Bikes, the video reviews provided just enough information to motivate me to pick up the phone to call the company. Simply stated, I was impressed with the customer service rep’s product knowledge and pulled the trigger and ordered a Rad Mini electric folding bike. I also spent time perusing Rad’s online FAQ’s and watching the assembly video. Yes, “some assembly required” can be the three scariest words in our vocabulary. As it turns out, I was correct as the RadMini presented its share of challenges to this non-mechanical user. It’s not that the product was difficult to assemble, it’s simply the online video and instruction manual left much to be desired. 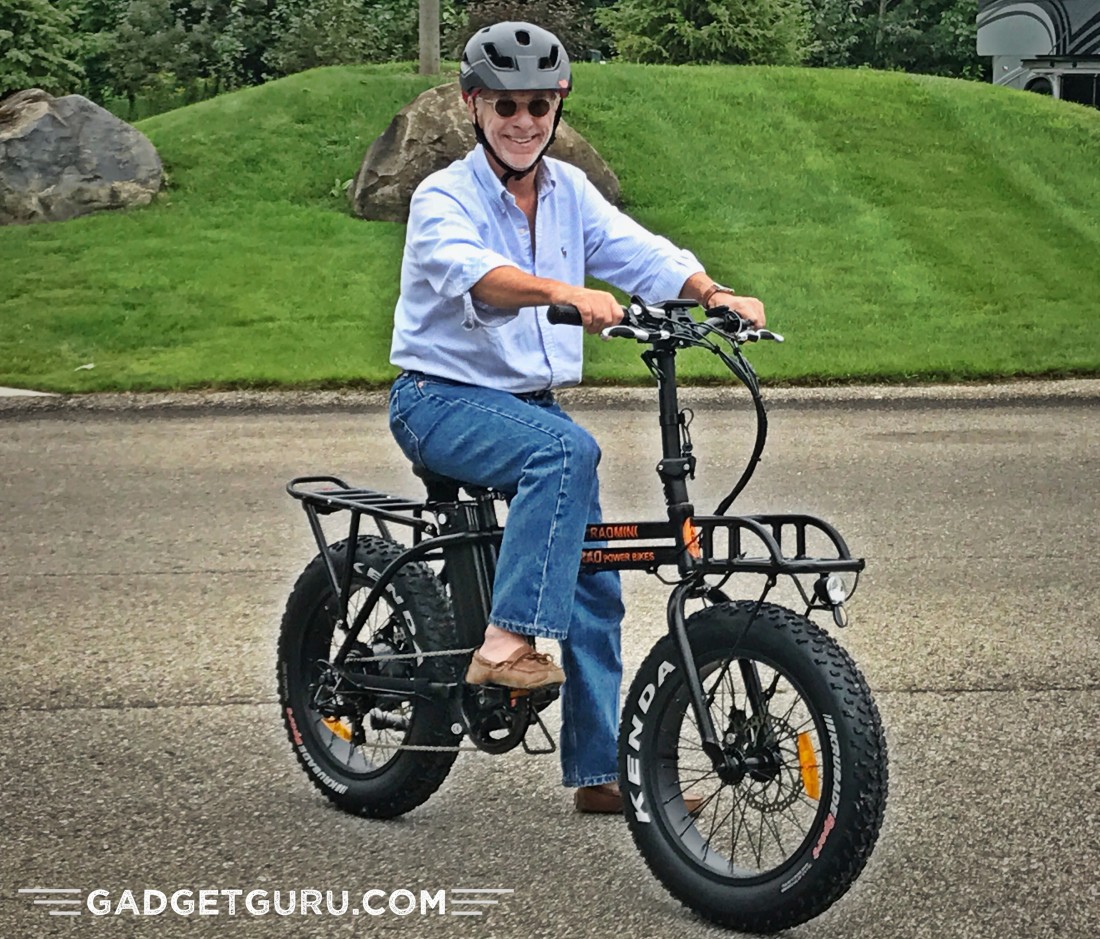 While I’ll respect their business model of selling directly to the consumer, I’ll state my opinion they are missing the boat by not dealing with the independent dealers such as Fox Bicycles. These companies understand their market (in this case, the Daytona Beach area) and typically know their customers by first name. In this day and age of buying everything imaginable from Amazon, buying a bicycle is something that’s best served with an assembly and fitting by a knowledgeable dealer.

I’ll cut to the chase and tell you that I’m putting a “buy” rating on this product. There’s much more to the story and I’ll let the videos do the talking. Yes, videos…as in two videos and I’ll ask that you watch them in the reverse order in which I produced them. There’s a reason for that…

First start by watching the full review of the Rad Power Bikes Rad Mini and trust me when I tell you that it’s highly unlikely you’ve ever seen a video review like this one. While the video detailed the good and the “needs improvement” aspects of the Rad Mini, as stated I put a “buy” rating on this product. I hope you find the video entertaining.

Allow me to post a correction to this review. In the video, around the two minute mark, I stated the Viair compressor worked well when inflating the bicycle tires but “failed miserably” when attempting to top off the air in my bus tires. I contacted Viair Tech Support and am happy to say there’s a pleasant ending to this story. You can read the Full Review Here.

If you choose to purchase a Rad Mini, then watch the assembly video. And if you thought the review video was entertaining, then you’ll get a kick out of the assembly video. I say this as while Rad has an assembly video on its website, it’s a bit too hip (or rad) and seems to either skip a few steps or assume that the customer is already somewhat familiar with assembling this type of product. As you’ll hear me say (quite a few times) some non-flattering remarks about the instruction manuals, I feel pretty good that if you watch my assembly video, even someone with a low skill level, such as myself, should have it peddling, or accelerating down the road (or off road) within an hour.

What You Need To Know About Mountain Falls Luxury Motorcoach Resort