Maybe it’s because I live in a bicycle friendly neighborhood, or possibly it’s because bicycling and visiting campgrounds in a motorhome go hand-in-hand, I’ve recently rediscovered the wonderful world of bicycles. The modernization of the electric bike (e-bike) gets the credit and is the reason I’m back on two wheels after a long absence.

Are e-bikes easy to ride? The easy answer is, it’s just like riding a bicycle. 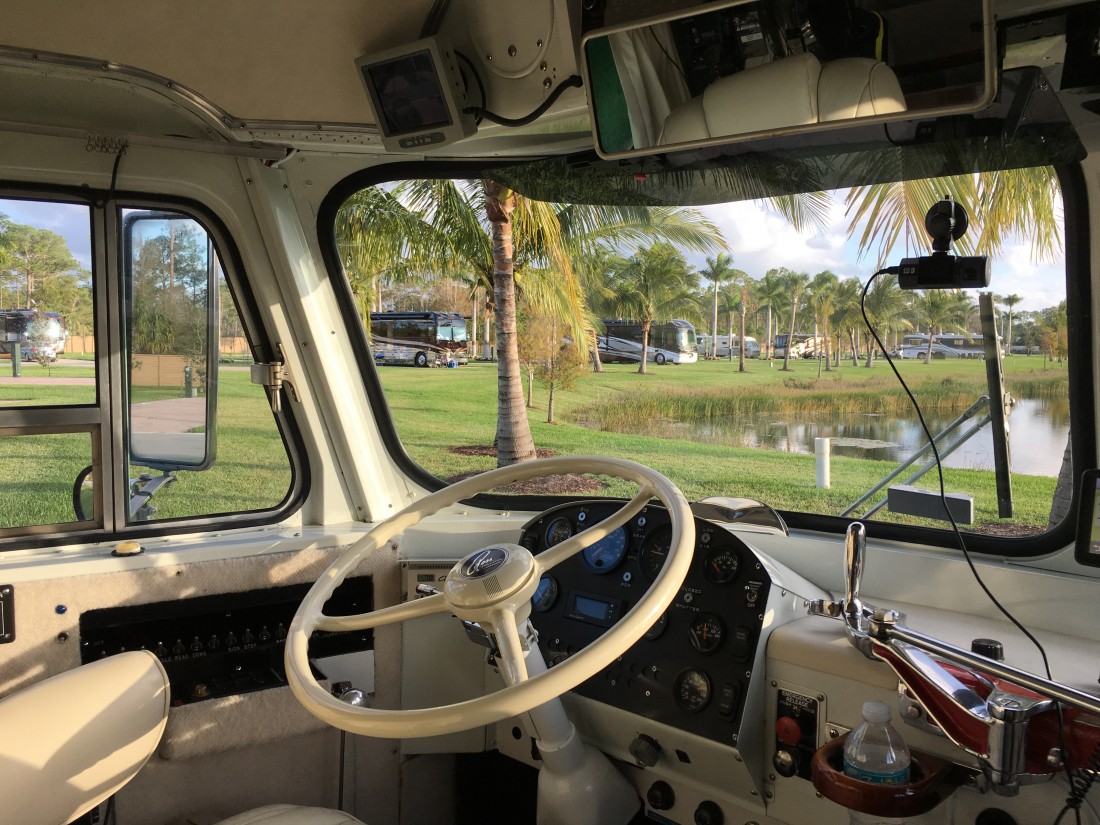 E-Bikes Are The Perfect Companion For Motorhome Travel

Most electric bikes deliver the option of peddling like a typical bicycle, use a throttle-type mechanism to control the battery-operated motor to ride it like a motorcycle, or use the pedal assist feature to have a combination of the two. Are e-bikes easy to ride? The easy answer is that it’s just like riding a bicycle…there’s just more buttons and settings available to custom tailor the ride to your needs.

One thing I have learned is that when buying an e-bike online, the experience starts with the unboxing and assembly.

While I’m far from being a bicycle industry expert, I’m quickly learning that not all e-bikes are created equally and the combination of various features and functions can either enhance or take away from the e-bike riding experience. Also, since most e-bikes these days are sold online, there’s a bit of blind faith in buying a bicycle you haven’t seen in person, had the opportunity to test ride or one that hasn’t been professionally assembled and adjusted to fit to the rider.

While neighborhood bike dealers, at least in my area, seem to be a bit slow in adding an assortment of electric bike inventory, the best selection I’ve found today is online. But not all e-bike sellers provide detailed assembly and maintenance instructions and timely technical support. Trust me, if you’re new to e-bikes, these factors can make the difference between success and failure for both the buyer and the seller. One thing I have learned is that when buying an e-bike online, the experience starts with the unboxing and assembly. After all, first impressions are lasting impressions and a well thought out unboxing and assembly process sets the path for a positive experience.

A video showing the unboxing and assembly of the Surface604 Rook E-Bike is found near the end of this report. A full review will follow in a future post.

Let’s face it, I’m not a bike mechanic and feel it’s best to have a professional put trained eyes and hands on my bikes before hopping on to take a ride.

Bicycles are not a one-size-fits-all type of product. Some bikes are designed for sidewalks, neighborhoods or city streets and others are equipped to handle trails and various types of terrain. With that said, I’ve added a new e-bike to what’s turned out to be a growing fleet and for this go-round I selected Surface604’s Rook – a city-style step-thru e-bike with the hope it will be a good one for neighborhood usage.

From what I’ve learned to date, e-bikes for the most part are manufactured in China. Various entrepreneurial distributors contract with overseas factories for specific features and accessories, slap a brand name on the side and sell them online while bypassing the need for dealers. It seems that finely tuned and targeted social network advertising assists in getting the word of new models to specific audiences. While this direct-to-consumer sales method seems to result in higher profits to the seller and most likely a cost savings to the end user, since there’s no dealer in the middle, it presents the customer with a new challenge…taking it out of the box, assembling the various parts and most likely having to deal with various tweaks to make the bike operate as promoted. This creates a need for clear and concise assembly instructions and video tutorials showing how to set up and adjust a new bike…something I have yet to see with any e-bike I’ve purchased to date.

While I’m one who would prefer to support a local bike shop and have my bike professionally setup and tweaked, the e-bike industry is peddling quickly these days. And it seems the local shops aren’t carrying the models I’m interested in buying. Let’s face it, I’m not a bike mechanic and am quick to point out that it’s best to have a professional place trained eyes and hands on my bikes before I hop-on to take a ride. So, I’ve made a good connection with a local bike tech who thoroughly checks out my bikes after I’ve attempted an assembly and he’s teaching me a bit about the ins and outs of ongoing maintenance with every visit. As I’ve learned, some bikes that I initially thought were poorly designed, jumped jump a few notches after a professional assembly inspection and adjustment.

My most recent e-bike addition is Surface604’s Rook step-thru model. While this city-oriented e-bike is a far fetch from my Rad Mini fat tire bike, it was one that I felt would be a good addition to my growing bicycle fleet.

After researching online and ordering over the phone, it was a very good sign when I received the UPS tracking number that stated my my new Surface 604 Rook e-bike would arrive seven days from the day I placed the order. I was also happy to know this bike is shipped assembled and would only require around 20 minutes to setup. At least, that’s what the website stated. 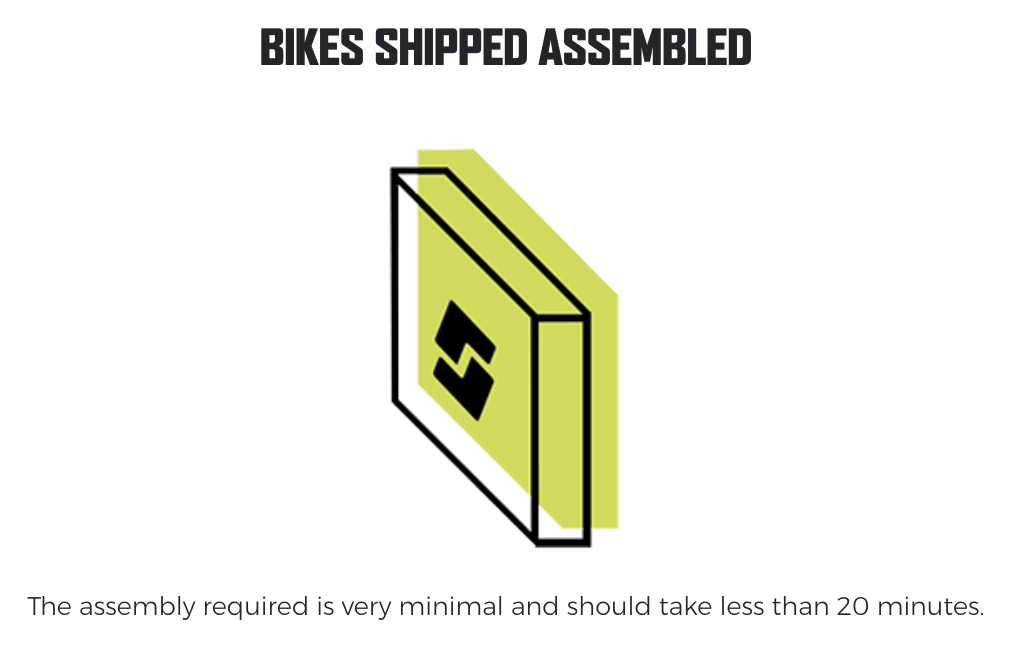 However, as the unboxing process began, I was surprised the assembly process took quite a bit longer than promoted. Part of the issue can surely be attributed to damage to the shipping box as well as the method the bike was packed. Two out of the last three e-bikes I’ve purchased arrived with damaged cartons and both of them had some sort of issue when unboxed. It seems that I’m not alone in receiving damaged shipping cartons and hopefully the industry will take notice and start using more sturdy cartons in the future.

As you’ll see in this video, various parts that should have been attached were found loose in the carton. Of course, when I attempted to assemble the bike, since I’m not a trained professional, I made mistakes. Since the instruction manual and assembly video left much to be desired, what I was hoping to be a pleasant experience turned out to be one that left me scratching my head. It’s a shame as this is quite a well featured e-bike.

After quite a bit of tweaking and some hands-on time from a professional bike mechanic, the Rook is finally up and running and a full review will follow after I’ve put in some seat time. I can tell you I’ve already spotted quite a few “pros” of this bike that are at the least very impressive and I’ve also found some features that I feel have room for improvement. So yes, there will be a Part 2 to this video and now that it’s finally setup properly, I can only hope it will provide a pleasant experience. Either way, I’ll post my opinion of this well featured city, step-thru bike soon. So, stay tuned!

Until then, here’s the unboxing and assembly video.