About The Gadget Guru

In the late 1970’s he began his career with Texas Instruments in Houston, Texas back when the handheld calculator was considered a high tech product. He was on the team at TI that revolutionized the digital watch and as the silicon chip matured, he became actively involved in innovative products such as the first talking consumer product, TI’s Speak and Spell as well as the first digital home thermostat. His next step had him relocating to Miami, Florida and taking a job in Product Management and Marketing at Panasonic where he was involved in the launch of its first telephone answering machine. Yes, back then, that was big!

In the 1980’s Pargh made yet another major change and after two years of leasing and selling commercial real estate properties, he took a risk and created The Gadget Guru and specialized in taking complicated consumer products making them easy for the masses to understand. “I was doing well in the real estate business and my Friends and Family thought I was crazy walking away from a successful business in order to create a start-up technology reporting business. But at the time, nobody else was doing this and I trusted my instincts and followed my dream.” 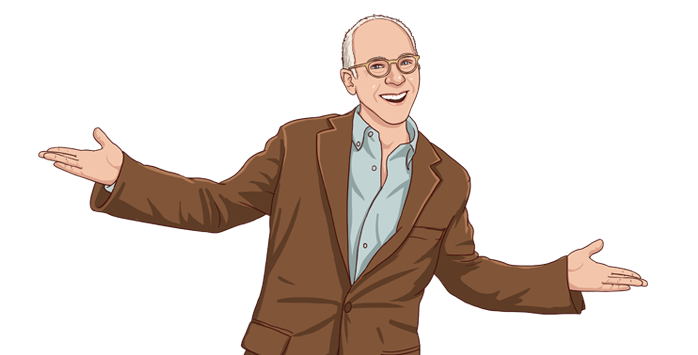 As his Gadget Guru company grew and become more involved in various forms of media, he became involved in many aspects of video production and content creation. During his career, Pargh produced and hosted more than 1,000 local, syndicated and network TV segments and programs and was a regular guest and contributor to numerous TV shows and publications. As The Gadget Guru, Pargh published three books (Warner Books) and even had his own magazine (Hachette) while being on contract as a Contributing Correspondent to NBC News’ Today Show. Pargh also spent decades penning countless newspaper columns that entered nationwide syndication at a record pace and later expanded to a biweekly, full page feature in USA Today.

Pargh is well known as being an early adopter in the field of online communication and content creation and was an early content provider for services such as CompuServe, AOL and was very early into providing new product information on the Internet. Pargh has been called The Godfather of the modern tech blog. 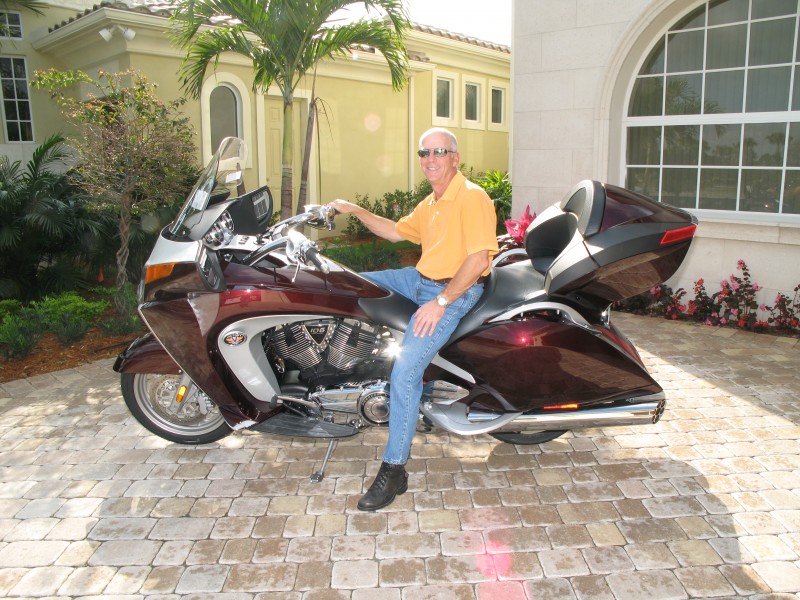 After his first retirement and not being that enthralled with golf, Pargh, having owned numerous motorcycles over his lifetime, purchased the cutting edge Victory Vision motorcycle and while he was impressed with the bike, he was disappointed in the quality of the information regarding that model and the brand found online. As Pargh says, “The quality of the online content for that brand simply didn’t match the quality of the bike.” From a blank piece of paper, he created the popular VOG Social Network that had a worldwide reach and connected riders and gave them a way to communicate, exchange information and meet up at various locations around the world. While The VOG was centered around Victory Motorcycles, our credo was, “It doesn’t matter what you ride, as long as you make Friends along the way.” Pargh is passionate about his belief that while today’s technology may connect people, it hasn’t been effective in bringing them together. “I’ve done my best to get the people typing on keyboards to have methods to reach others who share similar passions.”

After selling his popular VOG Motorcycle Social Network, Pargh took some time off and realized he’s happiest and at his best when he’s conceptualizing and tackling new projects. “I thrive on the creative process and starting projects that begin with a blank page,” I was involved on the front end of MSNBC.com and it’s an amazing process,” Pargh adds.

Other than the GadgetGuru.com brand and website, Pargh also runs Videos by Andy. Instead of hiring huge staffs who may not share the same passion as myself, Pargh spent the past decade working with the same web designer (Debbie at DesignSpinner.com) and together, they have developed formats that can be managed without large staffs. “I’d rather be in a small room with people who are passionate about what they do, than in a large room with people who simply don’t have the dedication or insight it takes to create a successful, well thought out project.”

Pargh adds, “My two favorite parts of the creative process are when a project starts with a conversation and the concept starts to take shape as well as when a dead end is reached. That’s when the creative process truly takes on a life of its own and the experimentation stage begins. This stage can be fast and furious and it’s like adrenaline to me.”

“The most difficult part of the process is knowing when you’re reached your goal and to move on to the next area of production,” said Pargh. “Lingering can be detrimental to the process.”

He adds, “I’ve never looked at a project solely for monetary gains. It needs to be something I can can be passionate about and take pride in.”

In 2013, Pargh purchased his first camera drone and initiated coverage on the consumer drone industry. “It’s amazing the amount of technology that’s packed into a relatively small drone these days and I’m impressed with the quality of the video that comes from these units,” Pargh said and added, “While I’m selective on the models I review, I’ve had the opportunity to put a few manufacturer’s units to the test and have added a drone section to GadgetGuru.com.“

While Pargh has been fascinated with motorhomes for two decades and was awarded the Recreational Vehicle Industry Association (RVIA) Journalist of the Year award in 1997, as Pargh explained, “The interesting part of this story is at the time of the award, I had never even ridden in a RV.“

Due to his work schedule during that era of his career, he simply didn’t have the time. But this has changed he has been actively researching various categories of motorhomes as well as traveled around the country taking professionally supervised driving instructions while attempting to figure out the right motorhome for his usage. He added, “I’m amazed that although the RV industry has exploded, it seems the aspects of properly training new owners in safe driving and proper operation and maintenance, has been overlooked. I’ve gone through great lengths to make sure that I’m fully capable of handling a larger RV prior to making the purchasing decision. I find it strange that these days, a new buyer is only limited to the size of a new unit by the available funds in the bank account. I think the motorhome industry should follow the lead of the motorcycle industry and find tried and tested methods of training potential buyers.“

He’s also concerned about the initial quality of new motorhomes as well as the long waits for service. Pargh underlined this statement by saying, “For this reason, I’m casting a wide net and looking at a variety of motorhomes and coaches as I’m seeking a unit that was built to last and not one that is destined to wait in a long service line.”

As things turned out, while Pargh is still shopping for a full sized luxury motor coach for extended adventures, he recently purchased a 1957 Flxible Starliner that is considered to be the holy grail of bus conversions on the road today.

As Pargh states, “By pure coincidence I accidentally stumbled upon the Starliner stored in a temperature controlled barn in Leiper’s Fork, TN. It was lust at first sight and I made the decision to purchase it within just a few hours. After driving it through the gorgeous Tennessee backroads and then taking her on the highway, I finally understood the meaning of the phrase, ‘they don’t build them this way anymore’, as the solid and quiet ride far surpassed many modern motorhomes I had recently test driven.” Pargh uses his Flxible Starliner for short camping adventures and to display at events and it draws a crowd wherever it goes. He added, “Just refilling the diesel tanks at a service station can turn into a question and answer session as people flock to the Starliner.” 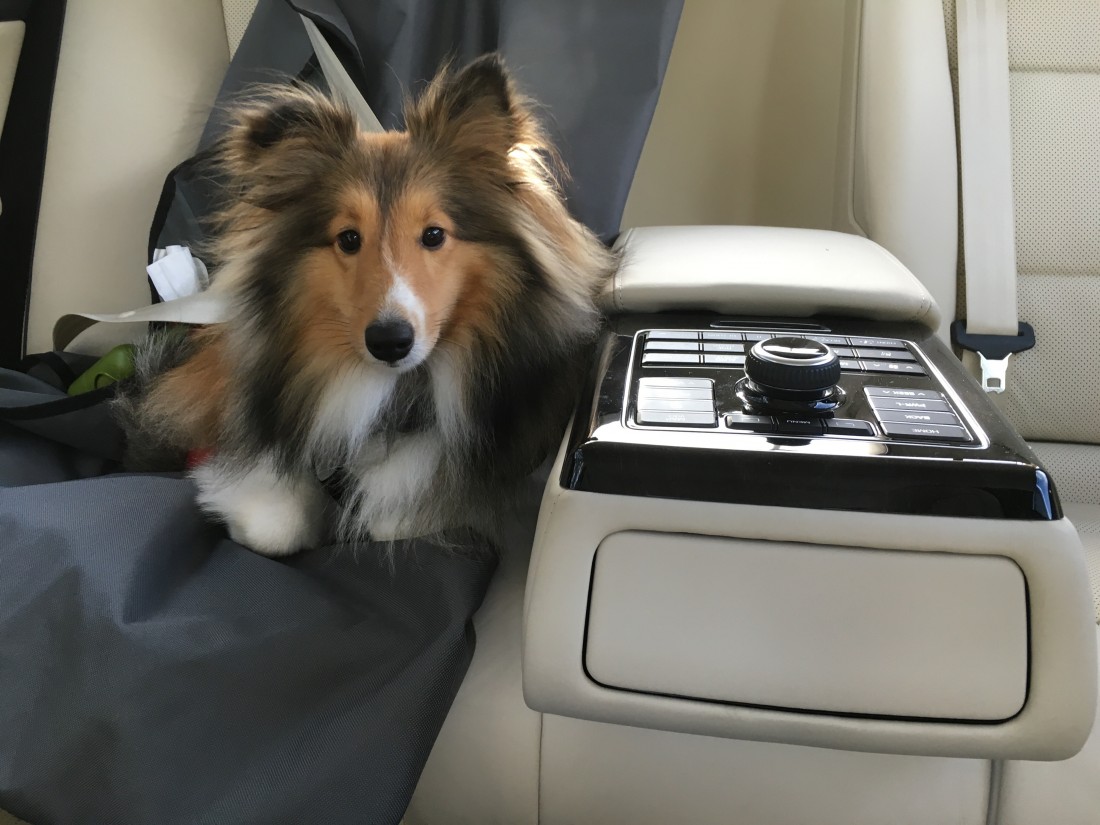 Pargh currently lives in South Florida with his Dog Lucy and considers himself very fortunate to be active in numerous philanthropic activities and multiple creative projects. While we prodded, he doesn’t speak of the industries where he uses his decades of experience consulting companies who are seeking advice in making products more user friendly. In his words he did say, “I’m the busiest retired guy I’ve ever met.”