The big news of the week is the story about the Department of Justice informing AT&T it cannot acquire Time Warner unless Turner Broadcasting is removed from the deal. While Turner does own CNN it owns numerous other other cable channels. 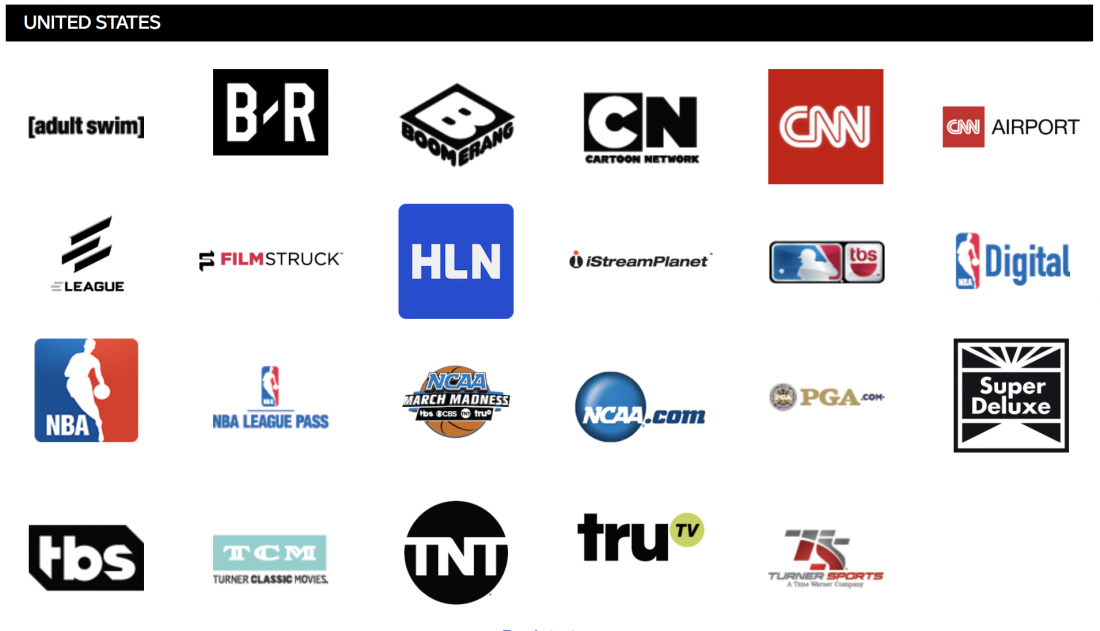 From the reports I’ve seen, the media would like you to think this issue has to do with President Trump’s obvious dislike for CNN.

While GadgetGuru.com is not a political-oriented website, it’s my opinion the mainstream news and financial media have things wrong. With that said, I would like provide my opinion the DOJ’s stance that sent shockwaves through the airwaves has more to do the avoidance of a technology monopoly than it does with a Twitter account that seems to mention the term Fake News quite a bit. While I’m a big fan of CNBC’s David Faber being “The Brain” of financial reporters, I’m surprised he has not explored this reasoning. Read On…

It seems the red herring of the announcement was the DOJ’s “or” statement. What I mean by “or” is that AT&T could take the Turner holdings if they sold DirecTV. So, what does DirecTV have to do with this? The easy answer is: The Future Of TV.

Let’s take a look at the future of television and I’ll use AppleTV as an example:

As first spoken by the legendary Steve Jobs, AppleTV is a hobby. However, it’s well known that Jobs had a broad vision on the future of TV, but the appropriate technology was not available during his lifetime to see his dream come to fruition. So, allow me to play the role of visionary and tell you my opinion on where this is going and for the purpose of simplicity, let’s fast forward five years and use Apple as an example.

So, it’s time to buy a new TV and walk into an Apple Store to compare the image quality and dimensions of various wall hanging models from 40″ – 70″. Once you’ve made your selection, you can either have it loaded in your car, or opt for delivery and setup. Now, here’s where it gets interesting.

The magic behind this new wave of TVs is that they will only require a power connection…there will be no other wires. For the purpose of example, let’s say Apple has cut a deal with AT&T (just like it did with the launch of the original iPad) to provide exclusive service for its TV services. When you setup your TV, you simply activate the AT&T wireless service and then launch DirecTV Now app. No boxes to connect and no confusing wires.

I’m sure you’re thinking this: “The bandwidth and usage charges have to be astronomical. I’ll surely burn through a month’s worth of my contract data in just a few days.” This is both correct and incorrect and the proof is provided by existing AT&T services.

If you view DirecTV Now on an AT&T cellular device, it would be considered Data Free and it would not count against your data usage.

When AT&T launched its DirecTV Now service that allowed for the viewing of much of its channel lineup on various devices using cellular signals, AT&T offered its customers a very interesting edge. If you view DirecTV Now on an AT&T cellular device, it would be considered Data Free and it would not count against your data usage.

When this zero data consumption plan was announced, I became an early adopter of this service to check it out. Now, let me make one more point… 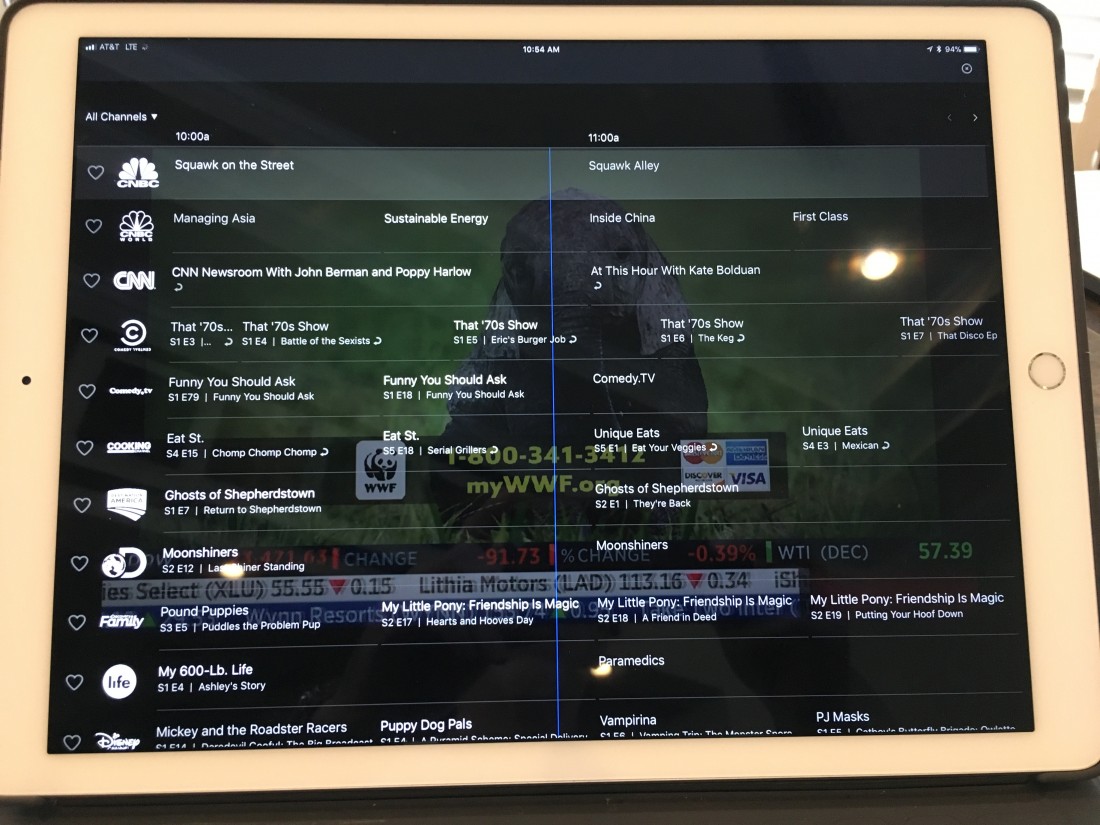 As stated, first generation iPad users had the option of purchasing a unit that included cellular service. AT&T at that time was the exclusive provider. As a bonus, AT&T offered Unlimited Data plans, that later became controversial, but became grandfathered as long as the service remained uninterrupted. What made this unique was that you could sign up for the AT&T data service directly on the iPad and didn’t have to suffer the pain of navigating confusing phone menus, listening to music (or commercials) while on hold or dealing with a live human being. It was a simple method of purchasing new service. Now, imagine doing this same thing for home TV service. Plug it in, press a few buttons and have access to a broad channel lineup of offerings.

I’m one who still has this grandfathered iPad plan and over the years I’ve transferred to new devices. While I began with the first generation iPad, I later purchased an iPad Mini and later updated to the jumbo-sized iPad Pro. With this plan, I can watch any online streaming content (Netflix, Hulu, Amazon, DirecTV, etc.) and, as long as I’m located in an area that has a decent AT&T signal, never have to pay any data overage fees. 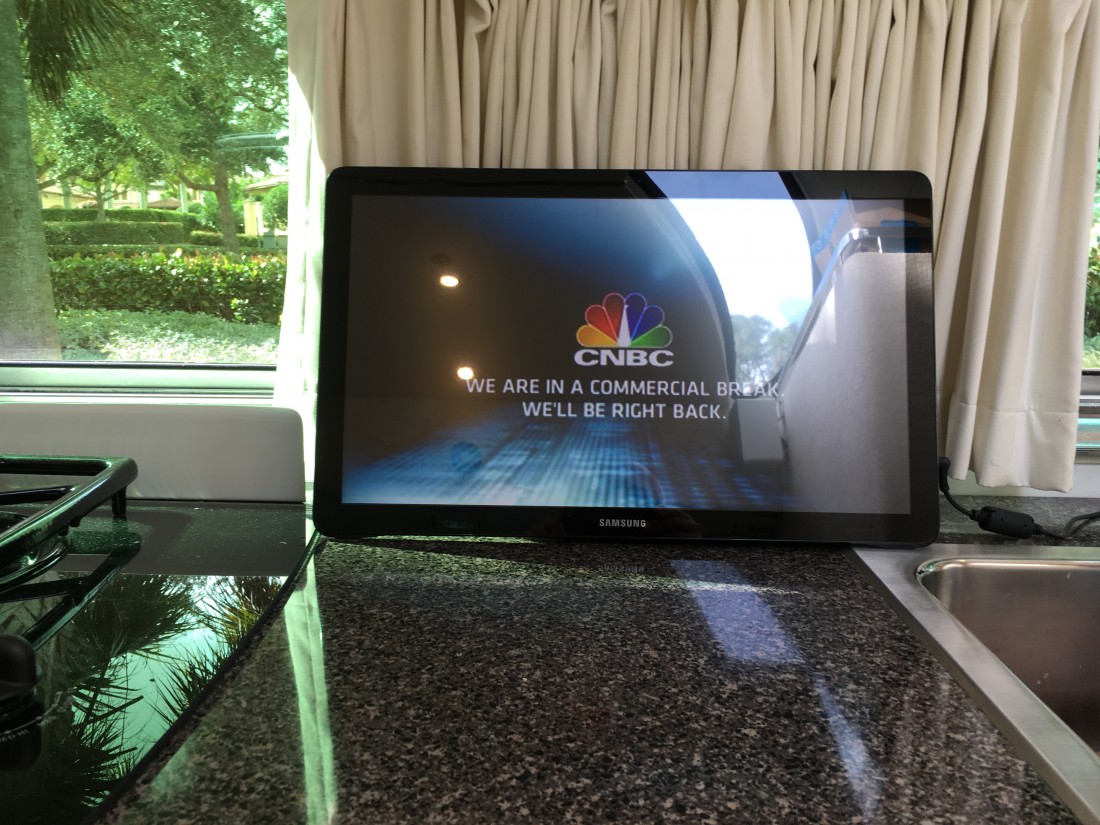 Now, let’s fast forward to last year when AT&T launched DirecTV now. I surfed the AT&T website and found an 18″ Samsung tablet that used the Android operating system. While this unit was in short supply, working with my local AT&T store, I was able to locate a unit for purchase. After spending  much time going from one telephone operator to another, I learned of an obscure $10 per month/1GB AT&T data plan that is not prominently featured on its website. It was my thought that if I only used this 18″ tablet to watch DirecTV programming and since it would not eat into my monthly data allocation, I have found a great way to watch DirecTV offerings while traveling on my 1957 Flxible Starliner vintage bus. The proof would be trying this in a real world scenario and I’ll report that over the past year of usage, my cost of data has remained at $10 per month…plus taxes and fees, of course.

So, how does this relate to the DOJ’s denial of the AT&T/Time Warner deal?

In my opinion the answer is simple as it points to the future of the way we’ll be watching TV in the future. Yes, like much of everything else in our lives, the future is wireless and this could have a monopolistic effects against the cable companies of the country. If DirecTV and Turner Broadcasting are owned by AT&T, will they have unfair advantage over other wireless providers?

And, what does this mean for wired service providers such as Comcast? After all, Comcast owns NBC Universal and the only missing pieces of their puzzle is owning a wireless provider and an organized method of online distribution of a variety of channels. Could Verizon or T-Mobile become an acquisition target for Comcast?

What does this mean for other wireless providers? I can only guess that a purchase or merger of DISH could be the next target on the horizon.

In summary, could the inclusion of “or” in the DOJ’s statement regarding the AT&T/Time Warner merger give us a glimpse into the future of the way we watch TV programming?