As you’ll see in the video that follows this post, I’ll be the first to admit that I’m not perfect and sometimes I make mistakes. However, when it comes to new product opinions and reviews, I’ll also be the first to step up when I feel the information I’ve posted may not have been accurate. After all, in this day and age of online reviews playing such a large part in purchasing decisions, I take the responsibility of posting honest opinions seriously. After all, I’m not a rookie and have been evaluating new consumer products for more than 30 years. 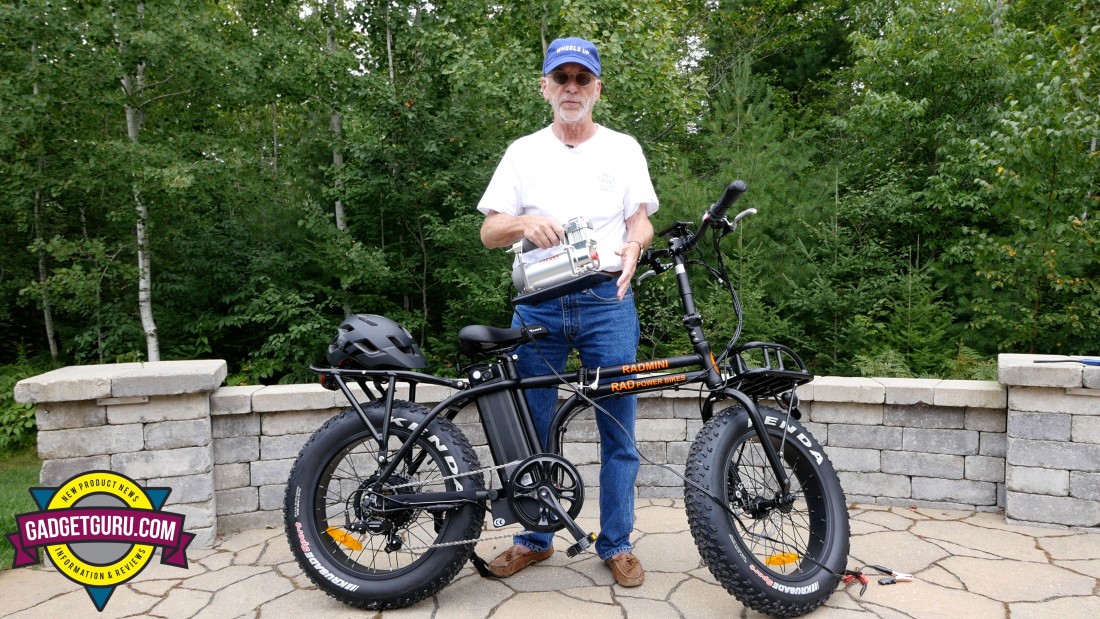 Viair: All tech support departments should operate this efficiently.

Within my video evaluation of the Rad Power Bikes RadMini folding electric bike, I made a comment about the Viair 400P portable air compressor and stated that while it worked well inflating the 20 PSI bike tires, it failed miserably when attempting to reach the 115 target PSI tires on my Prevost motorhome. While I’ll stand my initial experience with this product, I discussed this with the folks at Viair and thought it best to give it another try. Allow me to give the team at Viair tech support kudos for the rapid response to an online chat generated from its website and a phone call that immediately followed the chat. All tech support departments should operate this efficiently.

After a discussion with Tim at Viair, I learned there’s a good chance that I may not have been using the compressor properly and juggled my schedule to give product another try. After all, others have reviewed this product and the reviews I’ve read are glowing and when it comes to product reviews, I’ll never rule out user error.

So, did I have a bad unit or was I using it incorrectly? Did I not follow the instructions properly? Is it possible I simply didn’t understand the correct methods of using this product? I’m not an expert in mechanical items and it’s always been my methods to review products from the eyes of a typical consumer. So, what was I doing incorrectly? 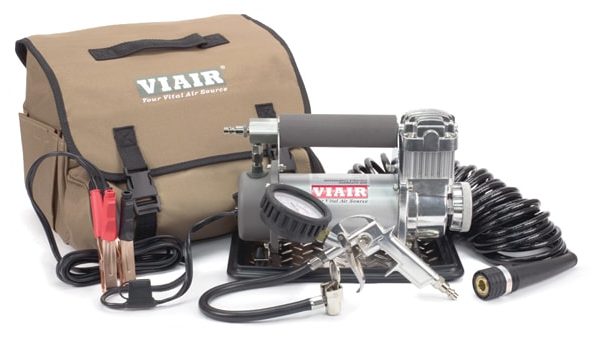 For the background, I purchased a this product in June 2017 from Amazon and placed it on my Prevost to have on hand in the case the coach’s tires needed inflation. What drew me to this product was its compact size, the fact that all necessary accessories and a storage bag were included and, most importantly, its high 150 PSI rating, While its small size caught my attention, its PSI rating was the most important factor as the tire pressures on my bus ranges from 80 PSI to 115 PSI. And yes, having that power in a small package was a huge bonus as storage space, even on a large motorhome, is something that needs to be allocated wisely. Now, I’ll fast forward to August 2017 when I used the Viair for the first time:

The bus was located at the Mountain Falls Motorcoach Resort in Lake Toxaway, NC and had been resting in the same spot for a month. The day prior to embarking on a three-day, 900 mile route to the Hearthside Grove Motorcoach Resort in Petoskey, MI, I performed my standard walkthrough the bus to make sure it was ready for the trip. When checking the TPMS I noticed that three of the tires registered a cold tire pressure two to three pounds low, and while this was not a critical level, I thought it would be an opportune time to use the Viair 400P for the first time to top off the tire pressures. 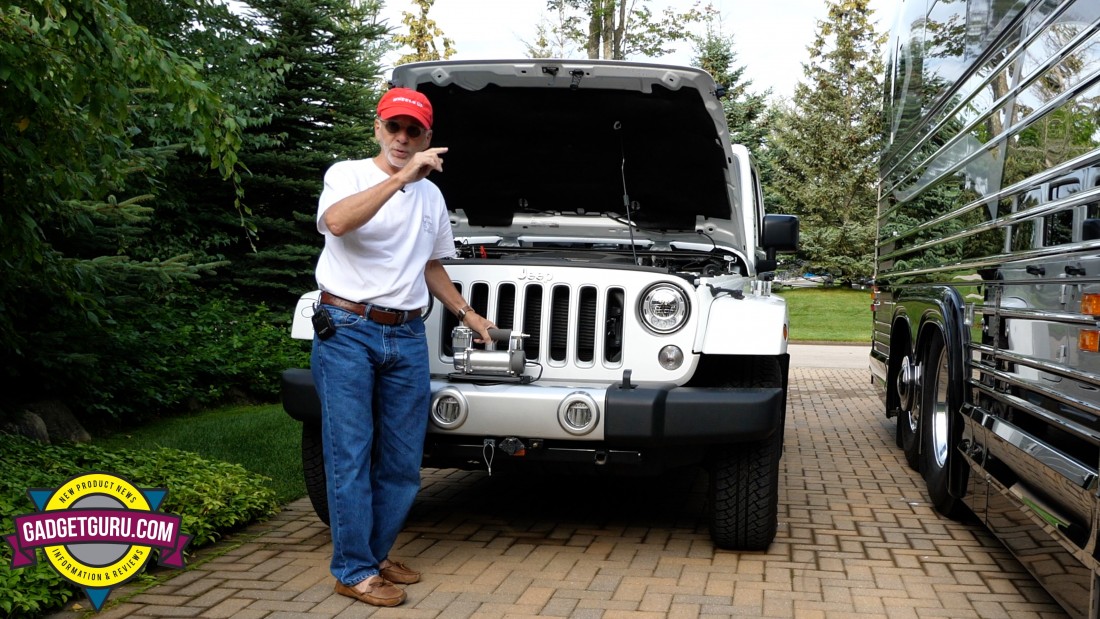 Instead of plugging into a standard wall plug or into a car’s 12V outlet, to setup the Viair 400P, it requires the connection to car or motorhome battery and includes the necessary clips hard wired into the compressor. I gave the instruction manual a quick read and proceeded with the connection. And yes, I remembered to remove the red plug prior to use. This plug keeps debris out of the air intake and leaving it in would inhibit the compressor from providing the correct pressure. Now, here’s where things became a bit strange and left me scratching my head… 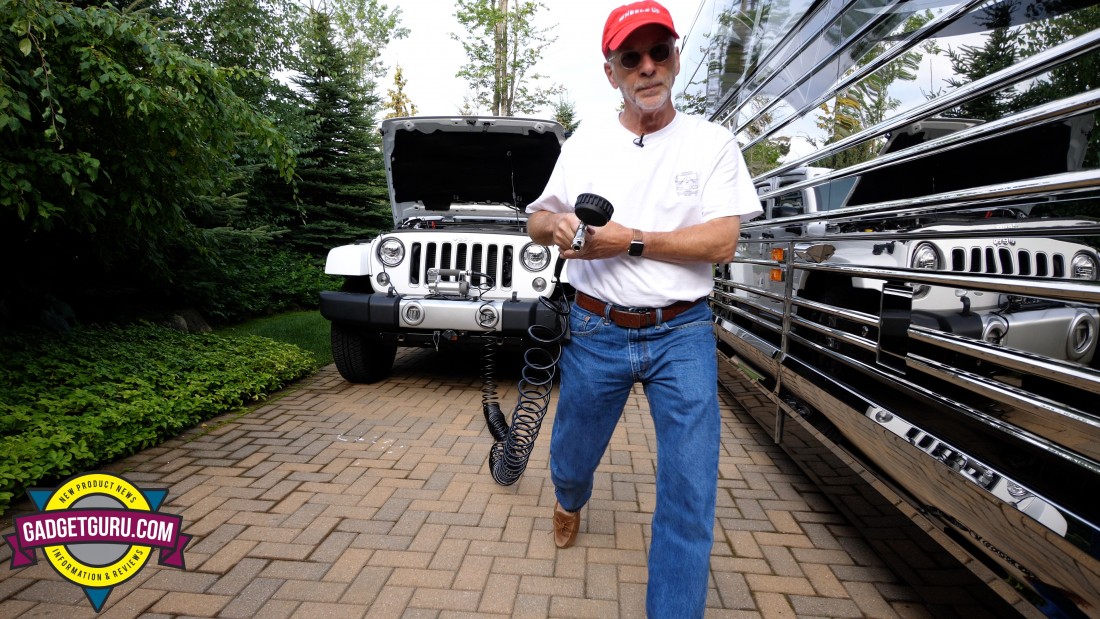 After connecting the coiled air hose to the compressor I proceeded to connect the inflation gun/pressure gauge and the proper air chuck, I activated the pump and pressed the lever to add air to the tires. To make a long story short, I couldn’t get the air pressure to increase from 112- to the desired 115-PSI pressure level. After trying for more than a half hour, I gave up and called AAA. (FYI, I tried calling CoachNet and it seems they couldn’t find anyone who carried an air compressor. Go Figure?) As the manual stated, the unit was very warm to the touch and I’ll advise others to allow it to cool before placing it back into the storage bag.

The book stated there’s some sort of cut off at 120 PSI and possibly I interpreted this incorrectly and while I’ll take the blame I’ll state the instructions could be made a bit more clearly.

Now, let’s fast forward two weeks when I completed the assembly of the RadMini bike, I used the Viair 400P to fully inflate the bike tires from zero to 20PSI. It performed flawlessly and inflated the tires much quicker than I would have imagined. Hmmm? It worked on the bike, but not on the bus. I figured it was best to contact Viair tech support. 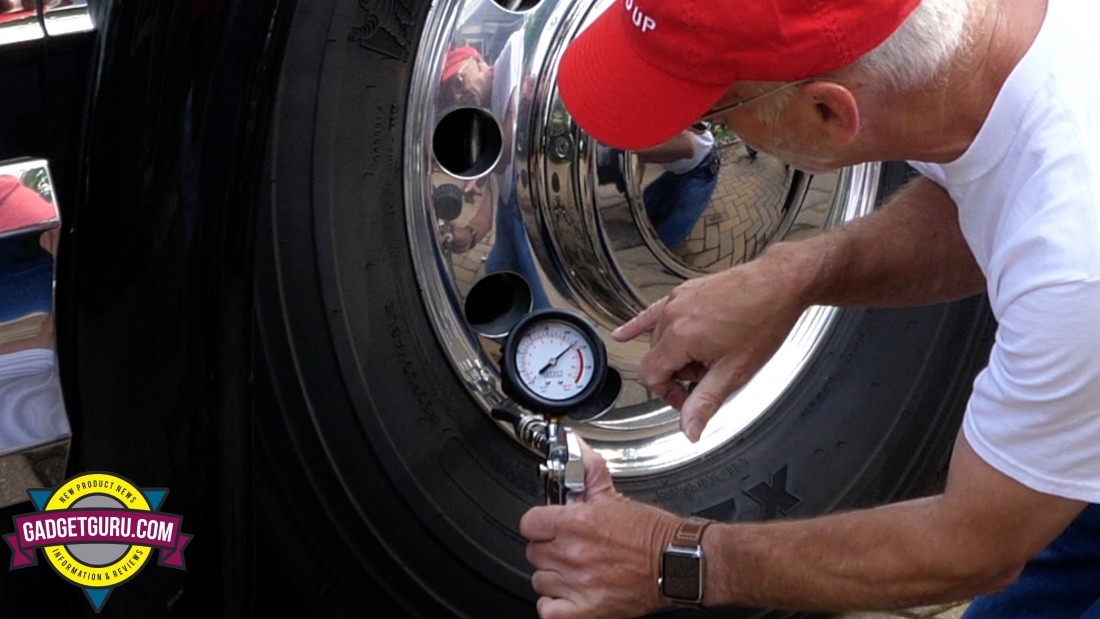 A Second Chance To Succeed

Speaking with Tim on the phone was a pleasant experience. After explaining the situation, he stated there’s some sort of automatic safety feature incorporated into the unit that would not allow the compressor to add air if the starting pressure is over 110 PSI. While the book stated that number was 120 PSI, I took his advice and gave it another try by first lowering the bus tire pressure to 108, then adding air to bring to 115 PSI.

I’ll put a Buy Rating on this product as it’s sized ideally for motorhome storage, neatly packaged and, when used properly, it performs well.

Allow me to add that due to the placement of the Jeep, I used both coiled cables so that I didn’t accidentally tug and pull the Viair off the bumper. However, it appears the connections allow for the gauge to be placed between the two hoses and positioning yourself away from a tire during the inflation process would be the wise procedure.

Yes, it worked and here’s a video of this experience.

I’ll put a Buy Rating on this product as it’s sized ideally for motorhome storage, neatly packaged and, when used properly, it performs well.

For more information, here’s a link to the manufacturer’s product page: Viair 400P.

The Viair retails for $300, but it’s currently on sale at Amazon for $243. The listing can be accessed by Clicking Here.