Personally, I don’t think Chicken Little was right. The sky was not falling.

But recently I’ve noticed a pattern of events that motivated me to look further into whether or not a recent firmware update or some other technical issue may be causing an abnormal number of DJI Inspire 1 and Phantom 3 drones to be suddenly, and without warning, lose power and fall to the ground. 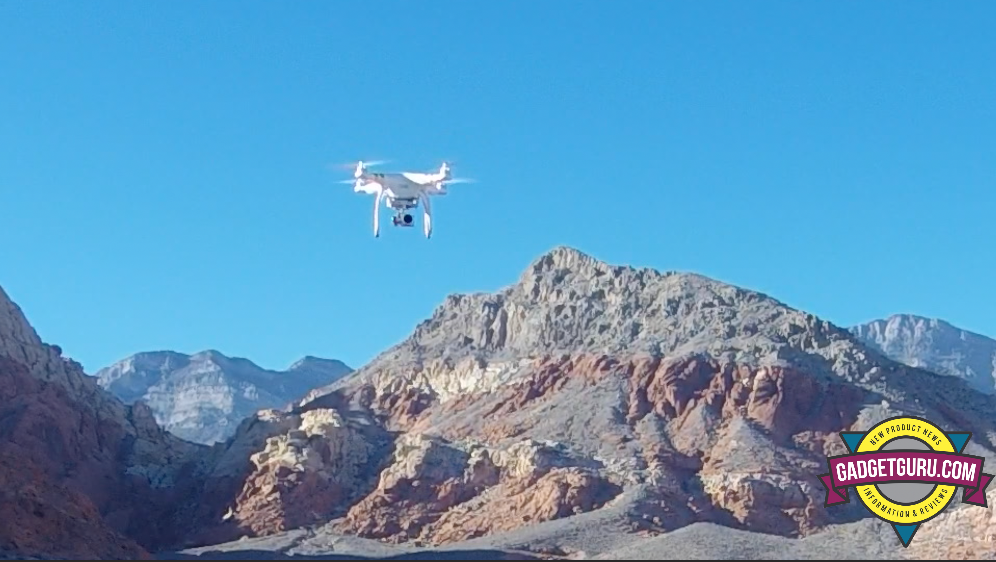 While I am not currently flying my two DJI Phantom copters, I still enjoy reading the posts on the various forums and Facebook group pages. Giving credit where credit is due, it was a poll conducted by the DJI Inspire 1 Owners Group and the DJI Phantom 3 Owners Group that brought this issue to my attention.

Having viewed user reports of sudden crashes from these two models, Moderator Curtis Dart along with Copter Expert, Lynh Phan took the action of creating a poll on two related Facebook Group Sites that asked the simple question, “Has Your Drone Fallen Out Of The Sky, Thru No Fault Of Your Own?” The goal was to learn if these reports were fact or fiction and if the numbers dictated, if there was a common denominator among the respondents that could lead to a rapid resolution. The responses seemed to be growing each day with approximately 10% – 15% of the respondents answering yes. 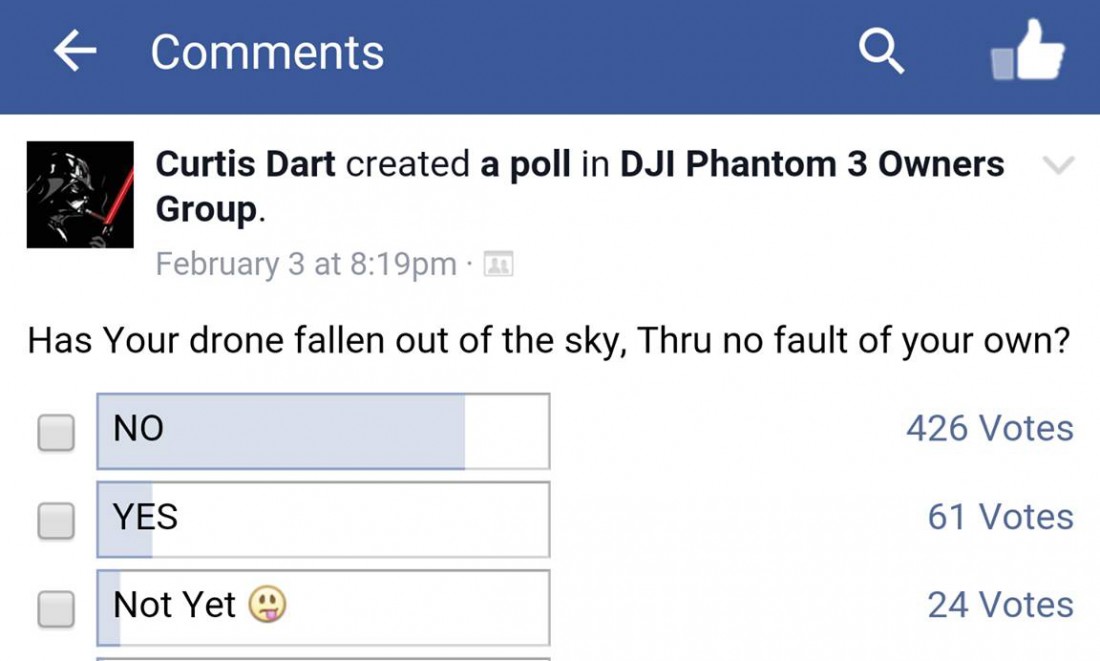 It was item No. 3 that caused me to get involved as the pilot I mentioned is Mark Parrott.

I’ve met Mark as we live fairly close to each other and both of us started flying with the DJI Phantom 2 Vision + around the same time. I know that he spends quite a bit more time flying his copters than I do mine, and that he’s quite skilled. He’s also very detailed and not the type who would scrimp on maintenance items or proper pre-launch procedures.

I contacted Parrott and asked if he would go on camera to discuss what led up to his Inspire 1’s sudden crash. I also contacted DJI PR prior to the interview for comment. All of this is covered in great detail this video:

Allow me to add, that while it may be productive to share this post with your copter-flying Friends, it will be helpful to all DJI Owners to join in on the updated survey that’s currently being hosted on both the Phantom 3 Owners Group and the Inspire 1 Owners Group. It’s my hope that with the assistance of the affected owners, that the cause of these irregularities can be addressed and a rapid and solid solution by DJI is passed onto the owners. I’ll add that I’m a fan of DJI as if I feel they are the single company that is responsible for modernizing the recreational copter industry. If it wasn’t for the purchase of a DJI Phantom FC-40, I may not be flying today.