Boy, I’ve been catching quite a bit of flack from the DJI faithful regarding a recent video produced with my Friend Ted and I flying our copters in the Nevada desert. 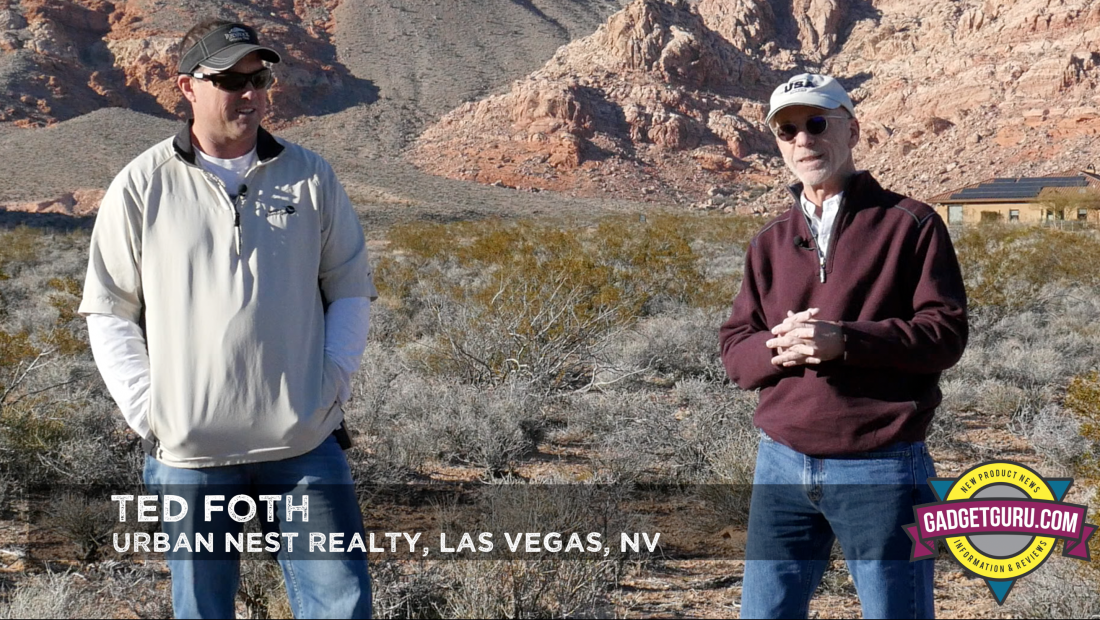 It appears that some people viewed the footage of the two copters in the video and think that Ted’s DJI Phantom 3 Professional copter was setup improperly or possibly sabotaged by me to make the video look like it paled in comparison to the Q500 4K I was flying. Here’s a comment that was posted on my YouTube page:

“Andy, you should rename your channel to “Yuneec Central” they must have you on retainer. Was there an ND filter on the Phantom? Without an ND footage is useless on a bright day.”

That’s funny, but not unwarranted. So, allow me to address these concerns.

Yes, there’s quite a few Yuneec videos on my channel and on this site as well. Heck, there’s even more on my VideosByAndy website. And there’s a reason for that and it’s not because I’m on Yuneec’s payroll. That’s because the Q500 4K is my go-to copter these days. But, that could change as when a new copter comes out that captures my attention and does the tasks I deem important well, the Q could be collecting dust.

When I first purchased the Q500 4K, when doing my research online, I noticed there weren’t that  many informative videos online about this brand at the time. In fact, my first Yuneec-themed video was less than flattering as I was having some problems with it. After that experience, I was ready to return it to the seller for a refund, but first decided to contact Yuneec Tech Support. It’s what happened next that surprised me and motivated me to start over as it only took a few minutes to get in contact with a knowledgeable tech and I quickly learned that at least some of the issues I experienced were user error. Yes, after attempting to deal with DJI in the past, I was impressed by Yuneec’s customer service. Much of my user error issues were based on the fact that I also own two Phantoms and I was expecting the Q500 4K to fly in a similar manner. That was simply not the case. Check out this video I produced after my second flight with the Q:

For the record, I’m not on retainer with Yuneec or anyone for that matter, and when you hear me provide an opinion, it’s based on my many years in the tech industry. Nobody is telling me what I need to say and this is why I don’t have sponsors. I actually purchase the copters in my fleet. I’m not one of those who has a dealer sending me copters so that I can promote them. I buy what I fly…unless it’s a loaner from a manufacturer of a soon-to-be-released model that is not yet available and that model is returned after I’ve formed an opinion and shared it with others. After my tests, if I like that specific model, I’ll make arrangements to purchase one for myself.

So, the question now is: Why is the Q500 4K my current go-to copter?
I’m glad you asked! I’ll give you the simple answer upfront: What works for me, may not work for you and vice versa. As stated in one of the Facebook group threads, I view copters like cars. If you take two cars that are in a similar price range, they could deliver two different experiences. Take a Camaro and a Malibu for example. They are both fine automobiles, but one model may suit the needs of a specific buyer over the other. That doesn’t make one better than another.
For me, long range and flight speeds are not a priority as I like to fly for photographic reasons. I also think flying is fun and a relaxing activity. It also gets me away from the computer and cell phone! 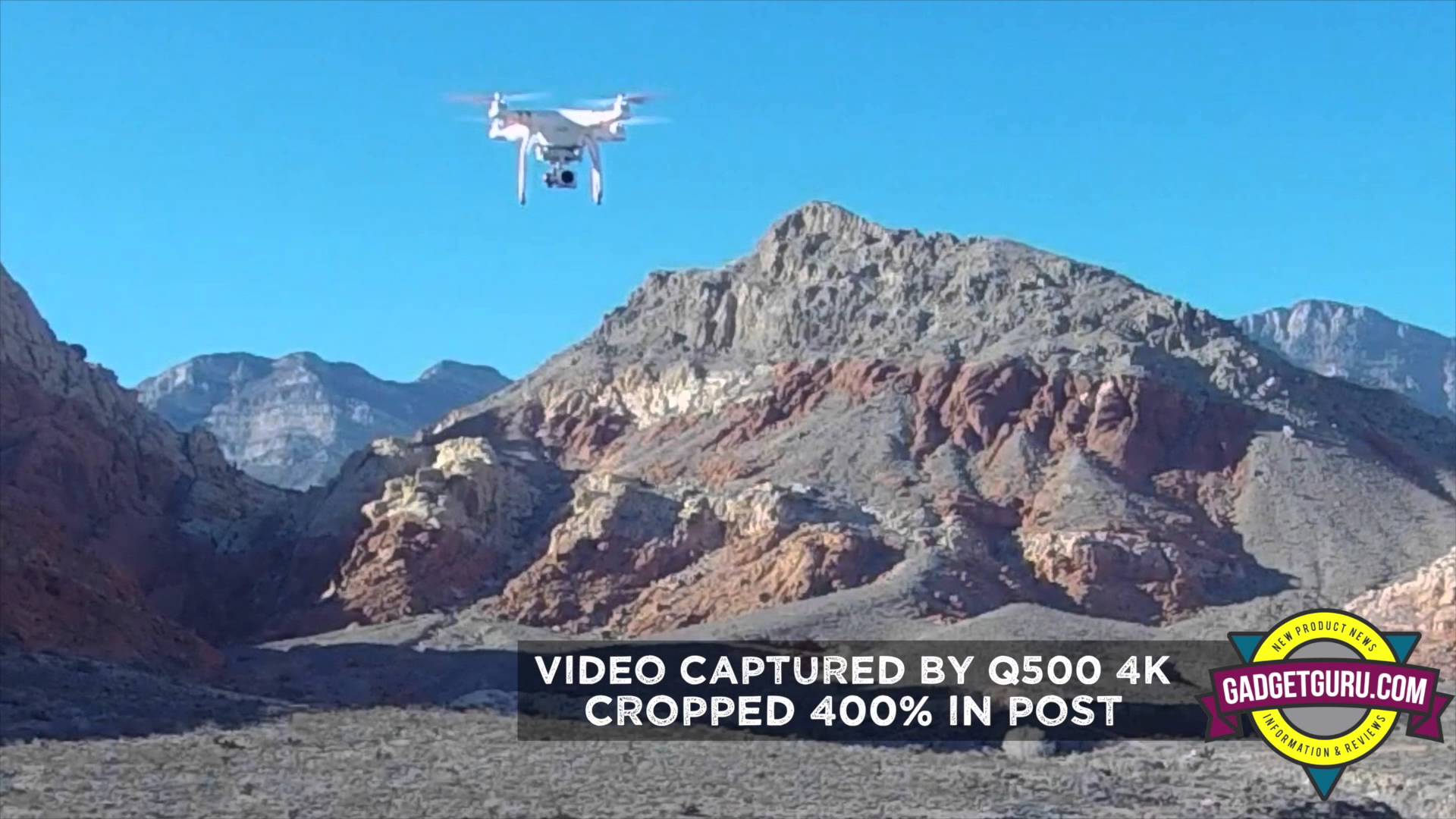 For my desired style of photography, I prefer smooth shots and the Q500 4K seems to deliver the look I’m seeking. Also, it’s reliable. I have two Q’s and, in the words of the immortal Steve Jobs, “It just works.” There’s no constant software/firmware updates, no need to constantly monitor the Facebook groups and online forums to keep up with the current update. There’s not a bunch of stuff you need to purchase as it truly includes everything (including a ground solution) to get started and it goes from the box to the air fairly quickly…and much faster than the two Phantoms I’ve owned. And, if you have a problem, you pick up the phone and call them. In most cases, your issue is addressed and solved in a timely fashion.

To me, the convenience combined with the steady video is a good thing. As stated, I’ve owned two DJI Phantoms and would consider adding another one. But honestly, the current batch of DJI offerings simply don’t interest me. The Phantom video I’ve seen online is just not what I’m looking for. Before you bash that last statement I’ll say the same thing for cameras as I prefer the digital video quality I get from my Sony and Panasonic cameras over my Nikons. Yeah, all of them are great cameras, but beauty is in the eye of the beholder…it’s simply personal preference.

I’ve let DJI know that if they want to provide a loaner of new models that I will be happy to check it out, provide honest opinions and return it after a few flights. In case the right people at DJI have not received that message, then hopefully they are reading this story. I’ll forward this story to the DJI PR folks! But if they had a model I liked available today, I’d just go out and buy it.

I’ll add that I had an early order in for an Inspire 1 and if you remember the fiasco about the shipping dates back then, the model I ordered never seemed to arrive and that dealer didn’t make the process a pleasant experience. After quite a bit of time of hearing “it’s on the way,” I simply cancelled the order. Yeah, I had paid quite a sum for it in advance. Also if you remember, there were a number of problems with that model (that were later addressed) and by then, I had gone a different route and picked up my first Q.

For the Phantom in this video, that was Ted’s copter and to my knowledge it’s stock and no filters were added. I did not do an up close inspection of his copter, but did notice it appeared to be clean, no nicks in the blades and was in good shape. When we went out to fly that day, there was no script or no format, it was just two buddies with different copters heading out to fly in a gorgeous area and have some fun on a beautiful Nevada Winter afternoon. We shot our opening, discussed Romeo Durcher’s involvement with the Santa Fe Photography School Ted attended and just started flying and having fun!

While I’ve known Ted for quite some time, we had never flown together at that point. As you know, when two people are flying together each person is focused on their own copter. I didn’t pay attention to his settings other than asking if his copter was on Auto. He said yes, and you can hear me ask that question in the video. Of course, I didn’t view the video files until a few days later when I loaded them on my computer and imported them into FCPX to begin the editing workflow process.

The results of the Phantom’s video truly surprised me as much as others who have viewed the video as I was expecting a much more balanced video image. I can say there were no adjustments in post other than an occasional zoom, but I can’t vouch for any other settings he may have had on his camera.

Now, here’s the smoking gun and this is why social media is so cool!

Someone did ask if Ted may have accidently started his Phantom with gimbal cover still on the camera. So, I asked Ted and he responded that was a possibility. Yeah, he’s an honest guy! And, a really good real estate agent in the Las Vegas area! So, I went back through the UHD footage, zoomed all the way in (400%) and guess what? It appears he did leave the gimbal lock on the camera when he started the copter. So yes, like the rest of us, Ted is human and this absolutely could have affected the stability issues we witnessed on the video. Yeah, stuff happens. 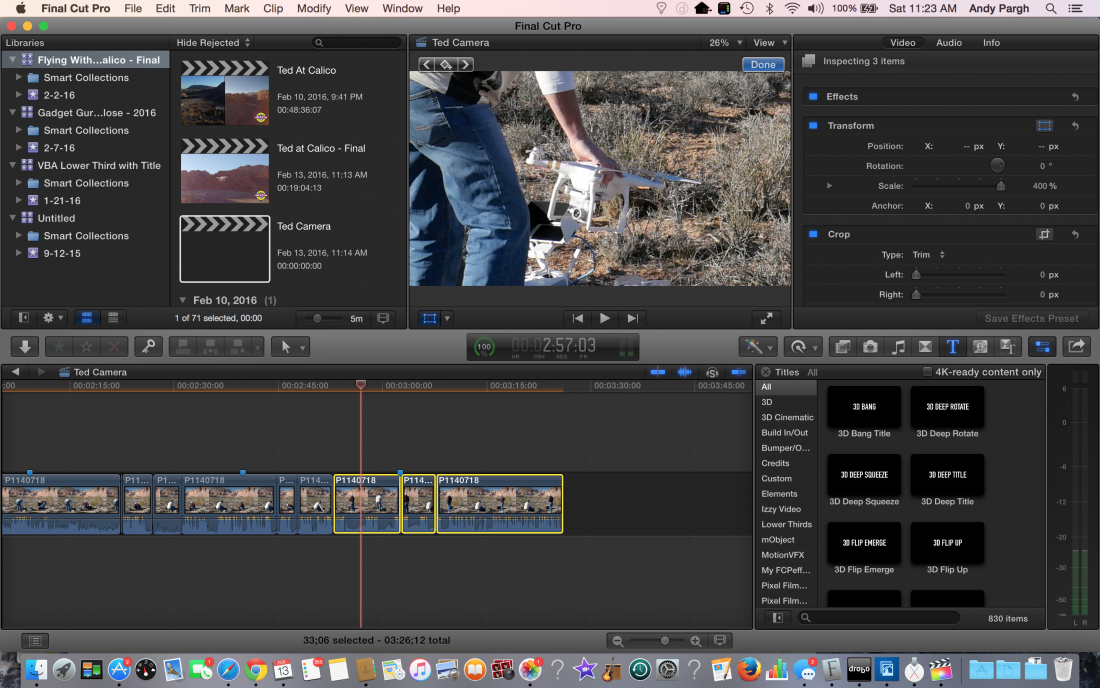 But, there’s good news. In a few weeks, weather and satellites permitting, I’ll fly the 2,500 miles out West and we’ll go back out to the desert and address as many of the issues brought up in the comments on my Gadget Guru website and and on the Facebook groups as well as confirm the settings. He’ll also be adding new props and having a dealer check his copter to make sure it’s in top condition.

How’s that for transparency?

And no, I won’t be throwing my hat in the ring to run for President! But I’ll say…

I’m The Gadget Guru Andy Pargh, and I endorse this message.