While DJI seemingly came from nowhere to become the worldwide leader in consumer drones, over the past three years they have made attempts at entering the handheld stabilized video camera market. I’ll be the first to say that their initial attempt with its Osmo branded camera left this reviewer with much to be desired. However, after just one day with its new Pocket handheld stabilizer, I must say I’m impressed. 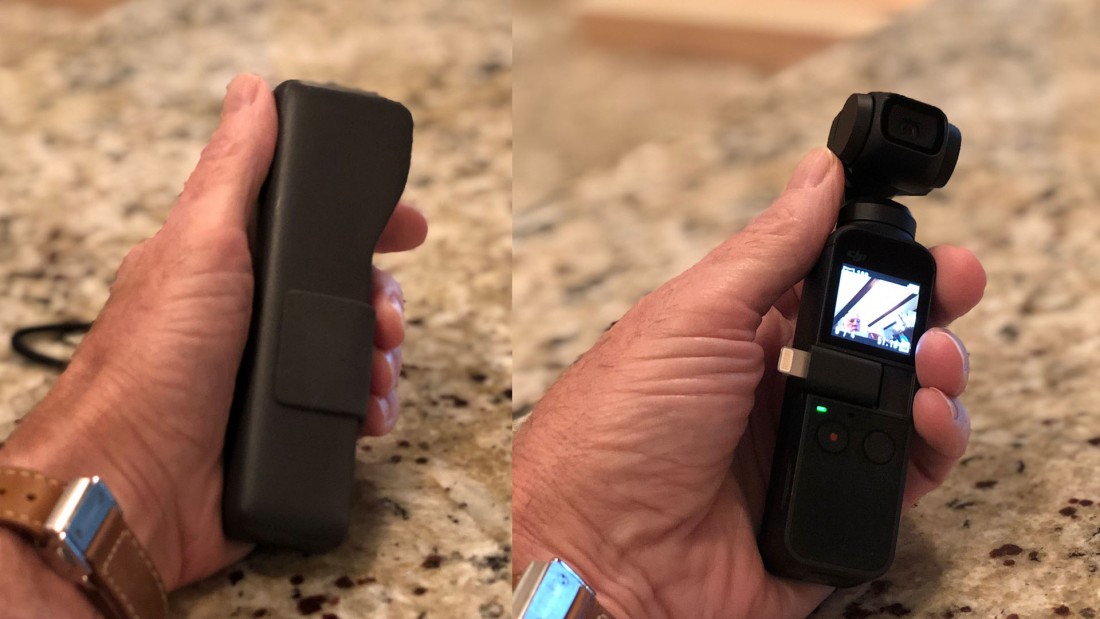 Aptly named the Osmo Pocket, much of my initial impression of this $350 gimbal stabilized camera is based on its diminutive size. While I viewed various images of this product online, it truly didn’t strike me as to how small it truly is until I opened the box. Attempting to describe its size is a challenge as when it’s holstered in its case, the best comparison I have is to that of purse sized mace or pepper spray container. I found this a bit ironic as its first Osmo product was delivered in a case that resembled one used for a handgun and made mention of it in this story. So, when traveling through airports, be prepared to tell the TSA agent that it’s a revolutionary camera and not contraband. 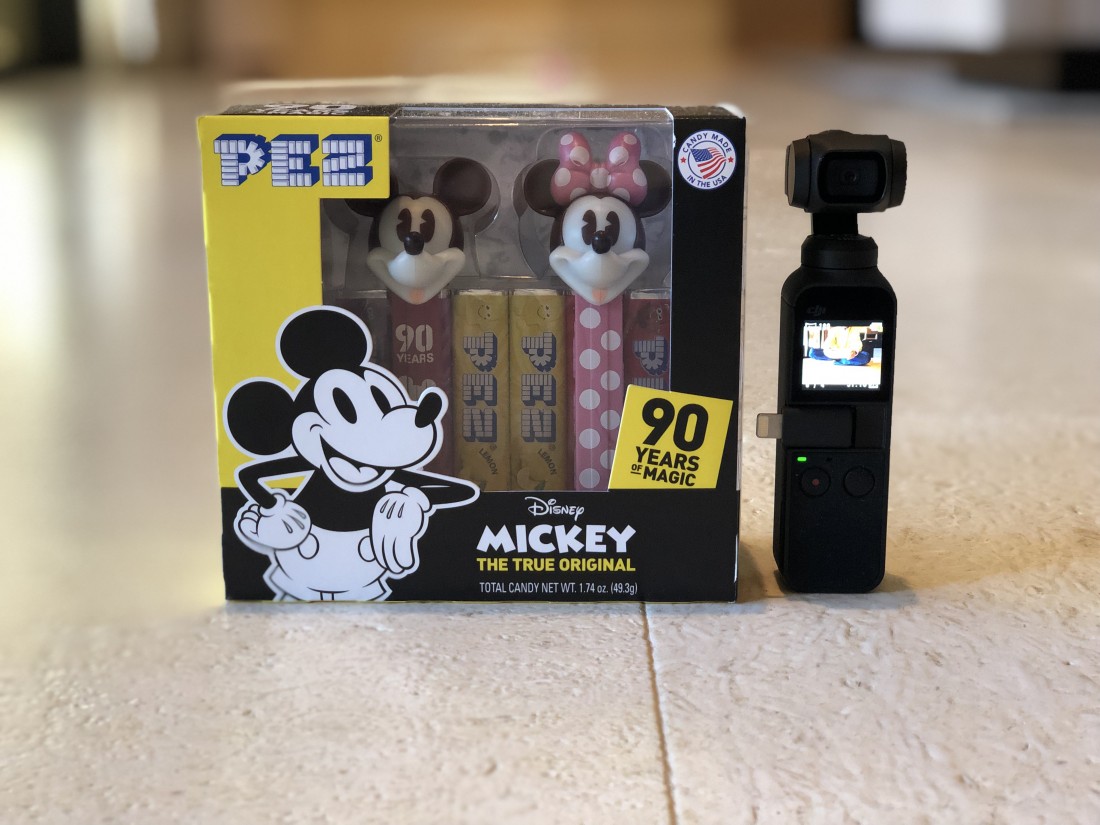 When out of the case, it resembles an oversized version of a PEZ dispenser.

However, when removed from the case and put to use, it’s a conversation starter as people come up and are not shy to ask what is that thing I’m holding in my hand. On a related note, while capturing video at Disney World’s Hollywood Studios, I was surprised at the number of people who came up to me and asked if it was the new DJI camera. Yes, DJI has grown over a relatively short period to become a recognized photography brand name.

While a full review will be coming at some point, in this video (below) I’ll provide a demonstration of using the Pocket during an overcast day on two roller coasters at Disney World as well as to show the results of its panorama feature. I’ll say that using the panorama mode is impressive and one of the best implementations I’ve seen to date.

After just one day of usage I can say my only initial disappointment is with its built in microphones. While it’s an improvement over the original Osmo’s microphone, it has much room for improvement. I’ll add that It’s a head scratcher why DJI did not incorporate an onboard microphone jack as that could have added a variety of uses for this product and assisted in justifying it’s price point. While I’m to understand a microphone connection feature may be coming in the near future, simply stated, it’s not included on the first generation Pocket model.

On the other hand, allow me to to compliment DJI on shipping the Osmo Pocket on the day they promised at its release as this is an area that gave them problems in the past. It’s my hope the Pocket’s accessories will be shipping soon.

While it’s too soon for me to answer the big question on whether the Osmo Pocket is a replacement for the latest GoPro model, I can say that it is a useful tool to have in the camera bag. The full review will come after I’ve had more time to put the Pocket through its paces.