The companion video for this post is located below.

In the opening monologue of the video posted below, I stated that it’s a bittersweet day at The Gadget Guru. That’s because I was saying goodbye to my vintage bus, but was happy that I found the perfect new home.

I purchased this 1957 Flxible Starliner on September 23, 2016 and 917 days later, I transferred the title to the new owner. I considered it an honor to have been the owner and custodian of this piece of history and did my best to keep her in top mechanical condition and stored safely when not in use.

You meet the nicest people in a Flxible

If I could sum up my ownership experience of this 60 year old bus in one sentence, it would be, “You meet the nicest people in a Flxible.” Simply stated, wherever this bus goes it attracts attention and lots of smiles. Whether I’m topping off the diesel tanks for pulling into a campground, people come over, introduce themselves and want to take a peek inside. 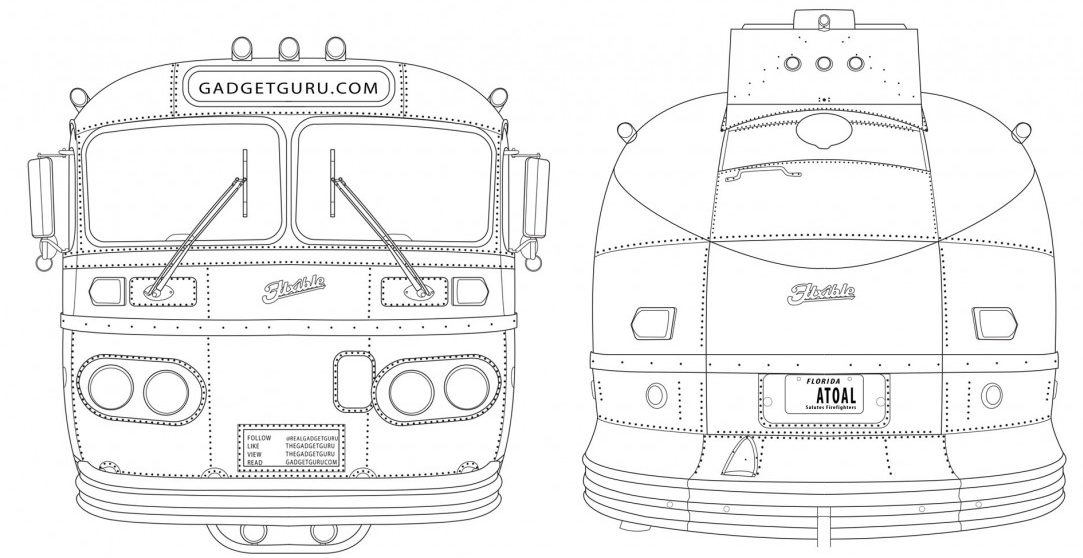 Having driven my share of motorhomes I can honestly say, they don’t build them like this anymore. Prior to purchase, I drove a relatively new, similar sized Class A motorhome and that vehicle was loaded with squeaks and creaks and would get pushed around by the wind envelope of large trucks. This Flxible drives steady and its frame remains stable and quiet. It’s a shame that 60 years later the Class A RV industry hasn’t learned how to build one with the same integrity as this bus.

So, why did I sell? Lifestyle change. It took some time to find the right home and I think you’ll appreciate the Starliner’s new place of residence. She’ll surely continue to Make America Smile Again!

In this video you’ll learn about the new owner and where this beautiful bus will be spending the next chapter of her life.

If you want to learn more about Flxible busses, check out the various user groups on Facebook. Here’s a few examples:

Or, checkout the Flxible section on this site: Gadget Guru Flxible Section

Prevost For Newbies: What You Need To Know About Featherlite Coaches