One of the best aspects of participating in car shows and events is that more times than not, the funds raised benefit a noteworthy charitable organization. In the case of the Boca Raton Concours d’Elegance, the beneficiary of various local events over the years is The Boys and Girls Club of Broward County. This year’s event surpassed the $1M mark, bringing the total raised by this event to date $9.2M.

I had the honor of displaying my 1957 Flxible Starliner at this years Concours d’Elegance and it was a pleasure speaking with a number of the attendees and those who appreciated the history of the bus and the automotive art of the era.

I’ll be the first to admit that considering the vast assortment of drool inducing, well maintained classic and collector grade vintage automobiles on display, it was quite a pleasant surprise when The Gadget Guru’s 1957 Flxible Starliner was honored with The People’s Choice Award at the 2017 Boca Raton Concours d’Elegance. 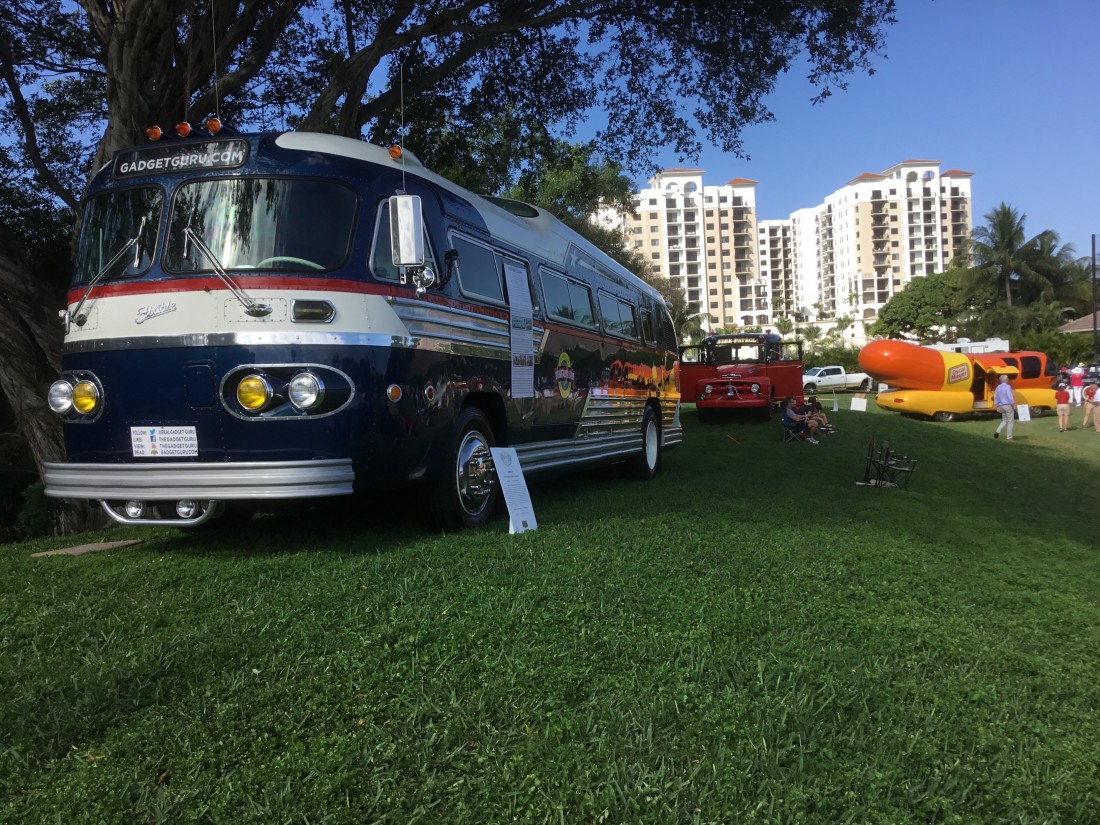 In case you’re not familiar with this event, per Wikipedia, “A Concours d’Elégance (from French meaning a ‘competition of elegance’, referring to the gathering of prestigious cars) dates back to 17th-century French aristocracy, who paraded horse-drawn carriages in the parks of Paris during Summer weekends and holidays. Over time, carriages became horseless and the gatherings became a competition among automobile owners to be judged on the appearance of their automobiles. These events often are held at automobile shows, after racing competitions or, especially in the United States, as a fundraising event for charities.”

The event, held at the Boca Raton Resort and Club on Sunday, February 12, 2017, was the culmination of a weekend that included a vintage automobile auction, a hangar party that featured the latest in personal aviation and a grand gala with a performance by comedian Jeff Foxworthy. And, clear skies and temperatures in the high 70’s were a bonus! 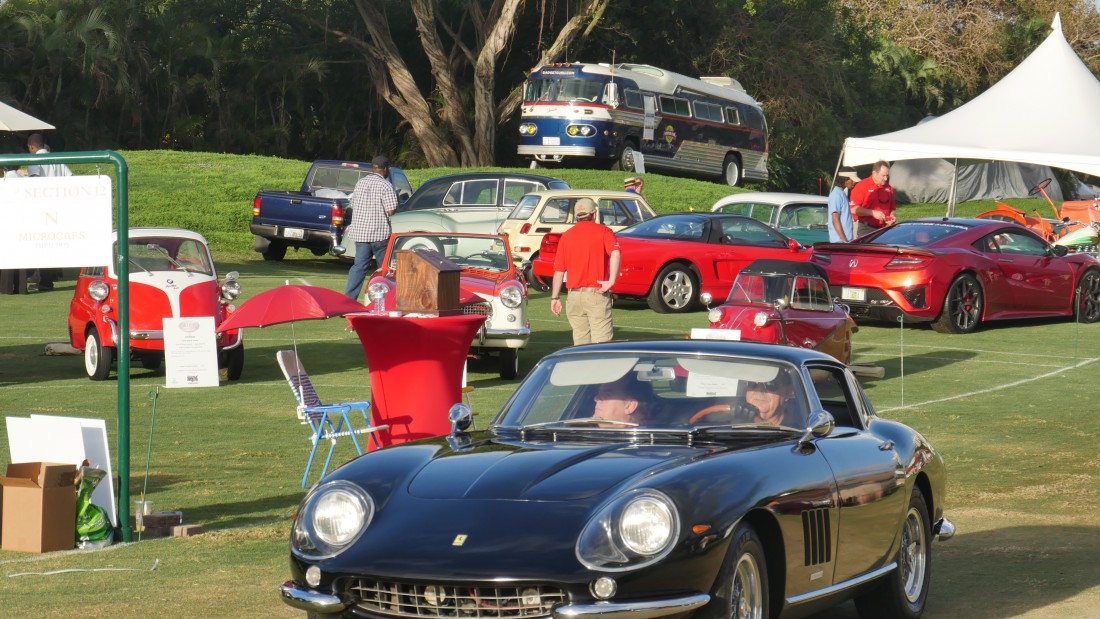 As you can see in the photo above, the Starliner was perched atop a hilltop and could be seen from every corner of the event. The view from inside the bus was the best seat in the house! 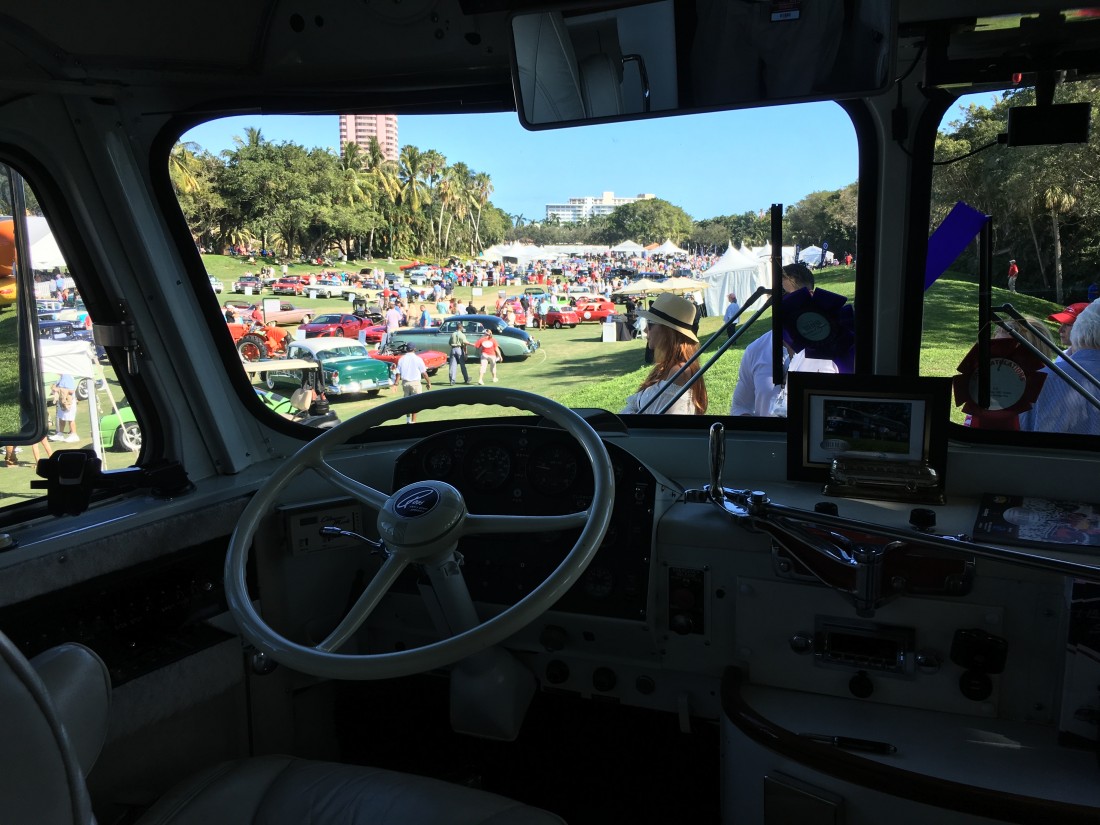 I’ll add that placing it in position was almost as difficult as bringing the bus down the slope. Fortunately, a Florida State Trooper was on hand to supervise the maneuvers and it was performed safely! 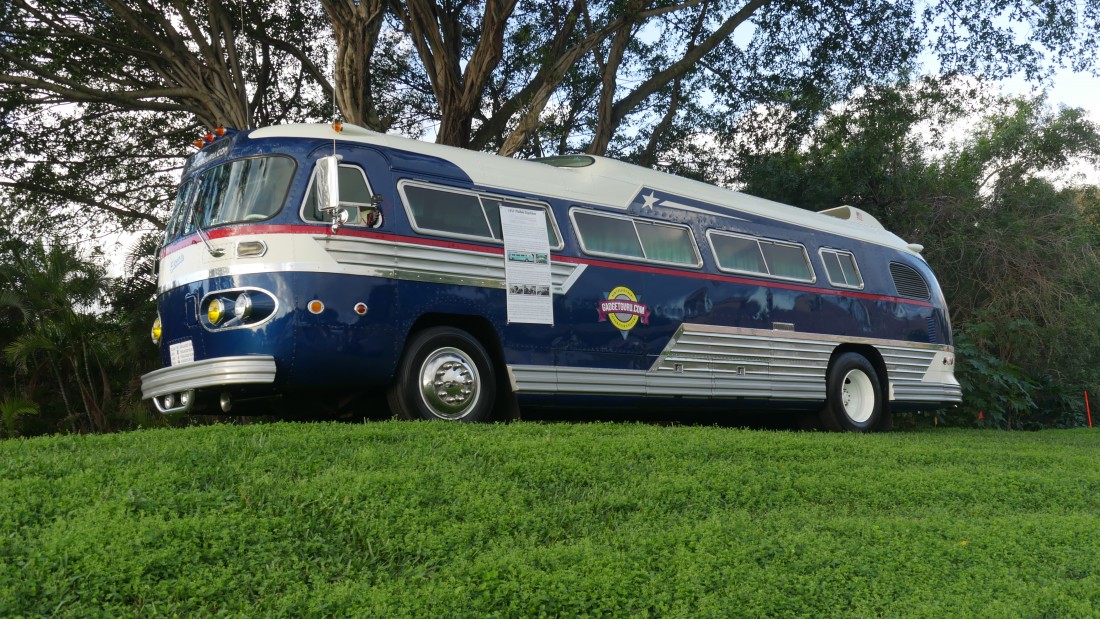 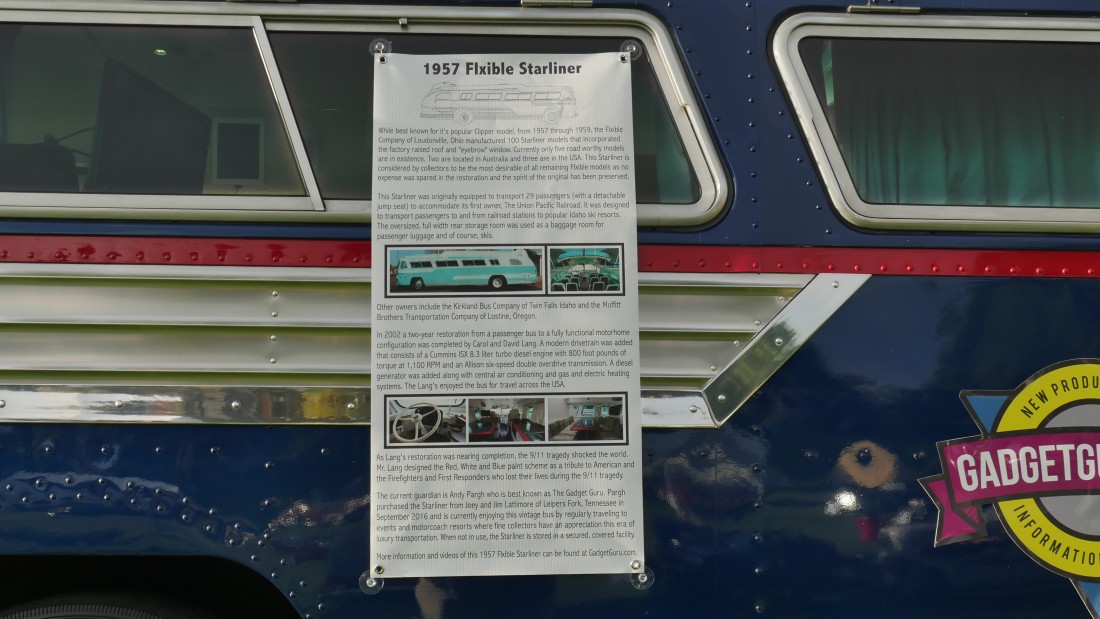 The Starliner was setup with a banner that highlighted the history of this collectable bus and two Stewardesses from The Luxury Yachting Group provided information, brochures and tours. 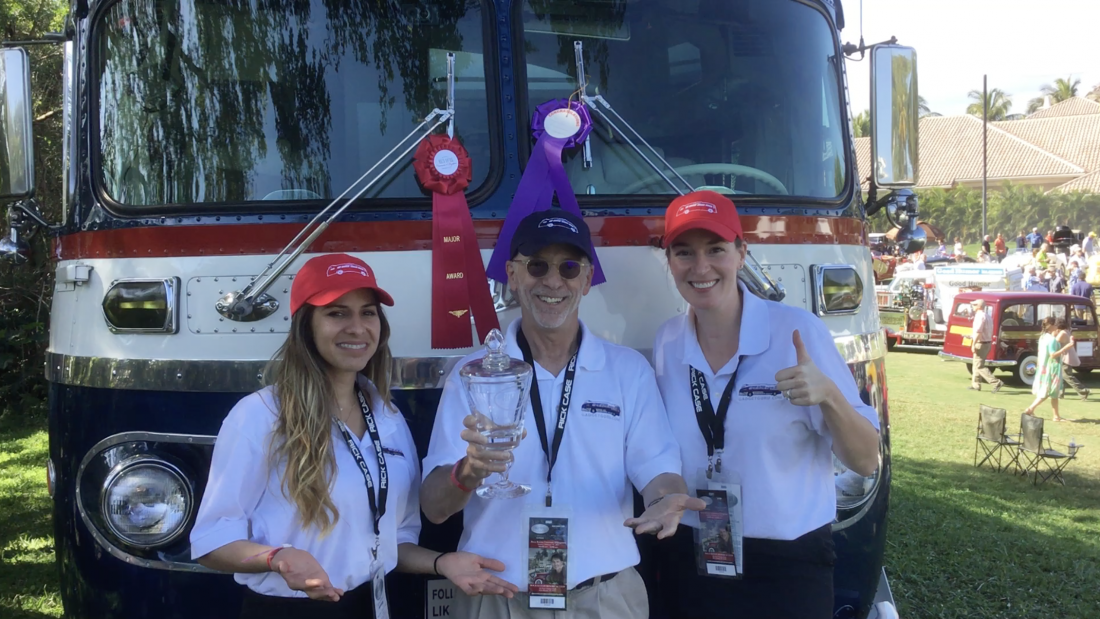 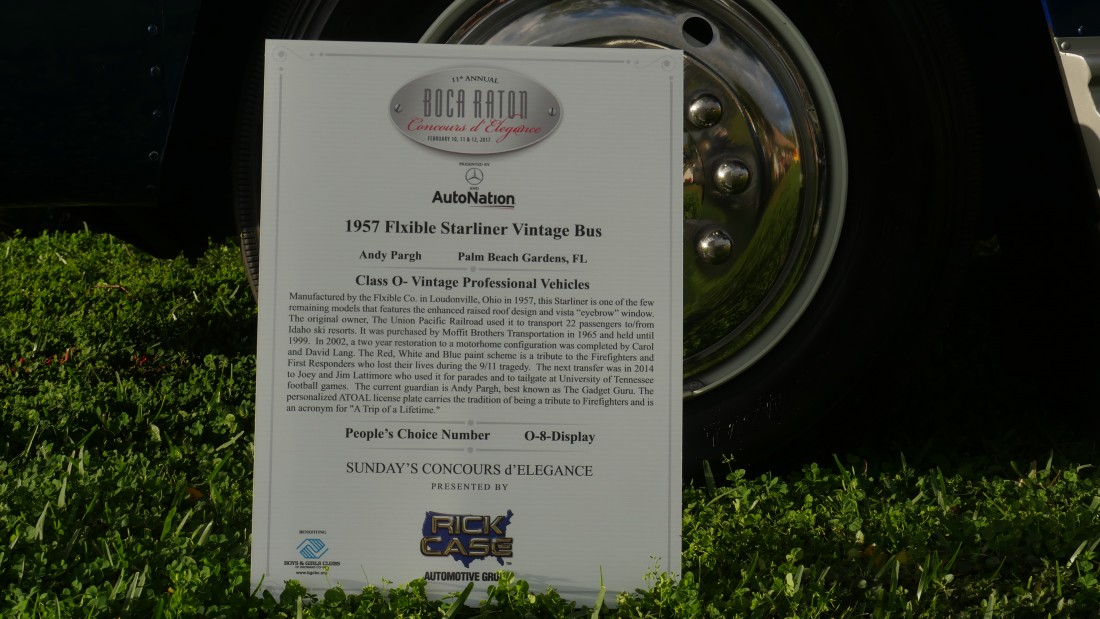 While much time and preparation went into getting the Starliner ready for the show, in the end, knowing it was such a popular entry and played even a small part in raising funds for this noteworthy organization made it worth the effort. And yes, I was able to take home this lovely Tiffany trophy! 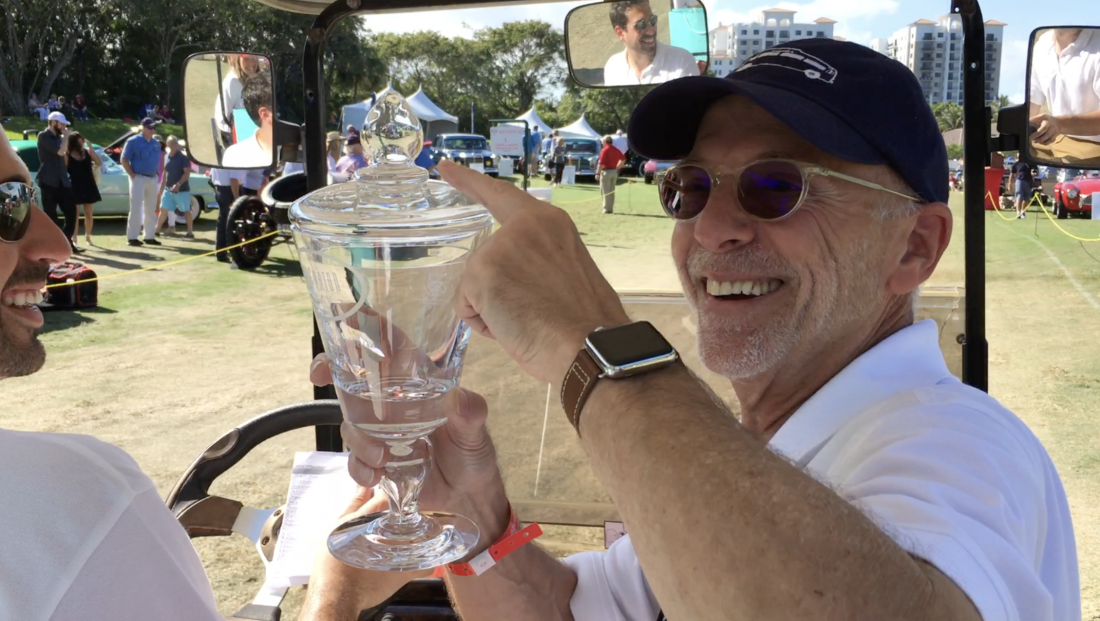 Yes, it was a great day!

Congratulations to the organizers for raising such a phenomenal amount of money for such a noteworthy cause.