It’s a difficult day to be a fan of Apple products. In fact, I feel a bit cheated.

Like many others, I tuned into Apple’s two hour “Special Event” live stream so that I could learn the details of its new and long overdue Mac Book Pro (MPB). I’m writing this post on my aging MBP and I depend on it for the production of many of the videos found on this site. While the MBP was due a refresh last year, it’s safe to say a new model is long overdue. My plan was to learn the details and various configurations of the new model and, as soon as the flood gates opened, contact Apple and press the buy button. Yes, the credit card was in hand.

As I settled in front of the big screen with the AppleTV tuned to the Special Event channel, I viewed the opening sequence of Tim Cook playing Carpool Karoke with late night TV host James Corden. Okay, that was cute and maybe the glasses were a bit much for a CEO of a company of Apple’s size. Now, let’s get started!

Instead of being wowed with something very cool from Apple, the presentation began with news that Nintendo’s Super Mario Run is coming to the iPhone.

This was followed by the exciting news that learning that Pokemon was coming to the Apple Watch. (And I thought the Pokemon fad was over). Then, as I watched through the parade of speeches that seemed to be front loaded with data in which I had no interest, I learned the rumors were true and that Apple was eliminating the headphone port from its iPhone 7.

Say it ain’t so Apple.

While Apple called the elimination of the headphone jack a courageous move, I call it just plain stupid. And here’s why…

I’m still one of those holdouts who prefers the quality of a good land line over a cell phone. Why? Why not? Yeah, it’s that call clarity thing. When I do use my cell phone, it’s most likely when I’m on the go and then I’ll either have it paired with my car’s built-in Bluetooth audio system or tethered to a pair of comfortable headphones.

Personally, I don’t like earbuds…never have and probably never will. Somewhere among the clutter in a drawer somewhere are a few sets of earbuds that were included with my previous iPhone purchases. They are collecting dust.

I also don’t like using those jumbo sized headphone “cans” that appear like I’m wearing a partial helmet nor do I like any headphone that requires a battery. When I use headphones with my iPhone it’s with a comfortable, corded pair of headphones, not a piece of plastic that’s molded to the canal of someone else’s idea of what an ear is shaped like. Yes, earbuds just don’t seem to fit me well and after a short while, they hurt. It’s like that old joke that a man tells a Doctor that it hurts when he does something. The Doctor provides a simple reply, “Then, don’t do that.” That’s why I choose not to use earbuds.

Then, there’s that pesky issue about using an iPhone while it’s charging. It seems that when I travel, my phone’s battery starts depleting around the time I arrive at the hotel room at the end of the day. It’s not uncommon for me to connect my phone to a power source while having my headphones attached. While Apple is including a dongle that adapts the sole Lightning port to a headphone plug, how the heck am I supposed to use headphones while my phone is charging? With only one available port, the new iPhone has lost its ability to multitask in this manner. Yes, it can take some very cool photos, but c’mon Apple, what gives? 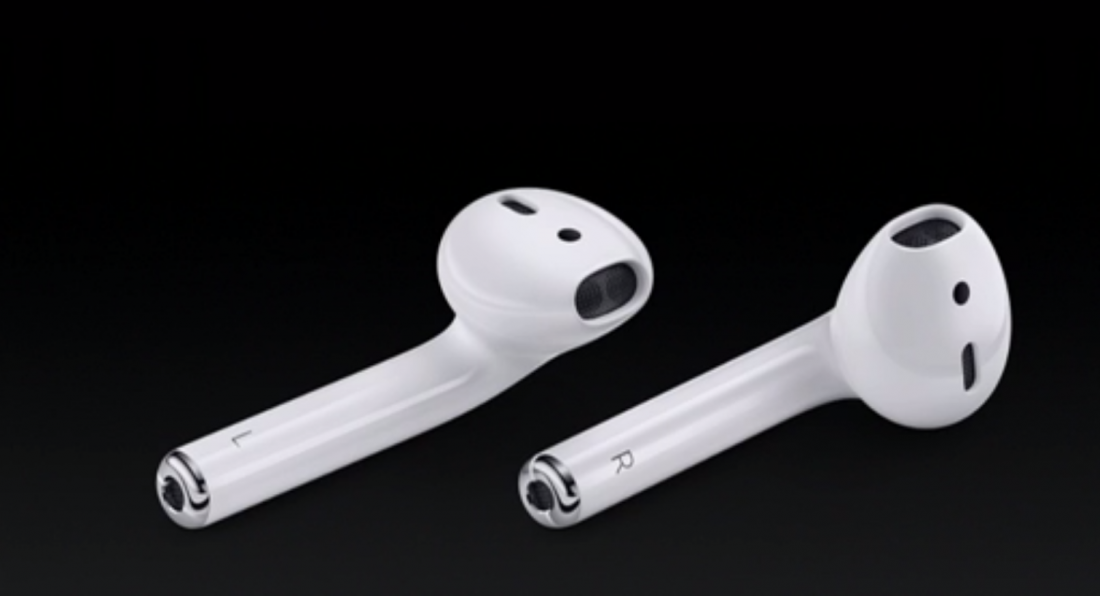 The answer seems to spend $160 for a pair of wireless ear buds, or as Apple calls them AirPods, and that doesn’t make me happy. Not only do I prefer not to use ear buds, I’m not looking forward to having yet another product that requires charging and have to stow its carrying case and charging cable when not in use.

That’s probably why I have not yet jumped on the Tesla bandwagon either. I have enough crap to keep charged and for the time being, I’m avoiding buying rechargeable earbuds or automobiles.

So the big question is, why is Apple banishing the tried and tested headphone jack?

While Apple’s Phil Schiller stated the headphone jack was eliminated to free up space for other wizardry inside the phone, I’ll guess there’s another reason behind this move. In fact, I think there’s 3,000,000,000 reasons.

Nearly two years ago Apple paid $3B for Beats and at the time I wasn’t the only person who thought that was a bunch of cash to pay for a company that made oversized headphones and speakers that looked like giant Tylenol pills. But evidently Apple saw the future and figured that if they eliminated the standard headphone port, that people would need to buy new headphones. Since Apple has touted that it’s sold more than 1,000,000,000 iPhones over the past nine years and since those people are probably locked into Apple’s intricate ecosystem, there’s a chunk of them who will be upgrading to a new iPhone over the next few years. When they do, there’s a pretty good chance they will be forced to buy headphones that utilize Apple’s proprietary Lightning connector. So, whether or not they headphones have the Beats logo, Apple is making will be making a buck.

Considering that Apple touts itself being a green company, I’m wondering if they will be adding corded headphone recycling bins to the local Apple store, or if we’re supposed to just clutter the landfills with them?

But wait a minute, I’m an Apple shareholder. All this is a good thing, right?

I’m also a user of Apple products and honestly, as if you couldn’t tell by the tone of this post, I’m starting to wonder if September 7, 2016 will forever be known as the day that Apple jumped the shark. I can only hope that in the very near future I can hear Tim Cook say those magic words that in the past brought the Apple faithful to their feet.