With Hurricane Irma blasting its way through my home State of Florida and being fortunate enough to be safely camped in my motorhome far away from the affected areas, I’ve learned that by having a reliable hotspot internet connection, it’s fairly easy to stay in touch and monitor the weather conditions.

Here’s some tips and apps that can ease the task of getting through the storm and finding a safe route home after it passes: 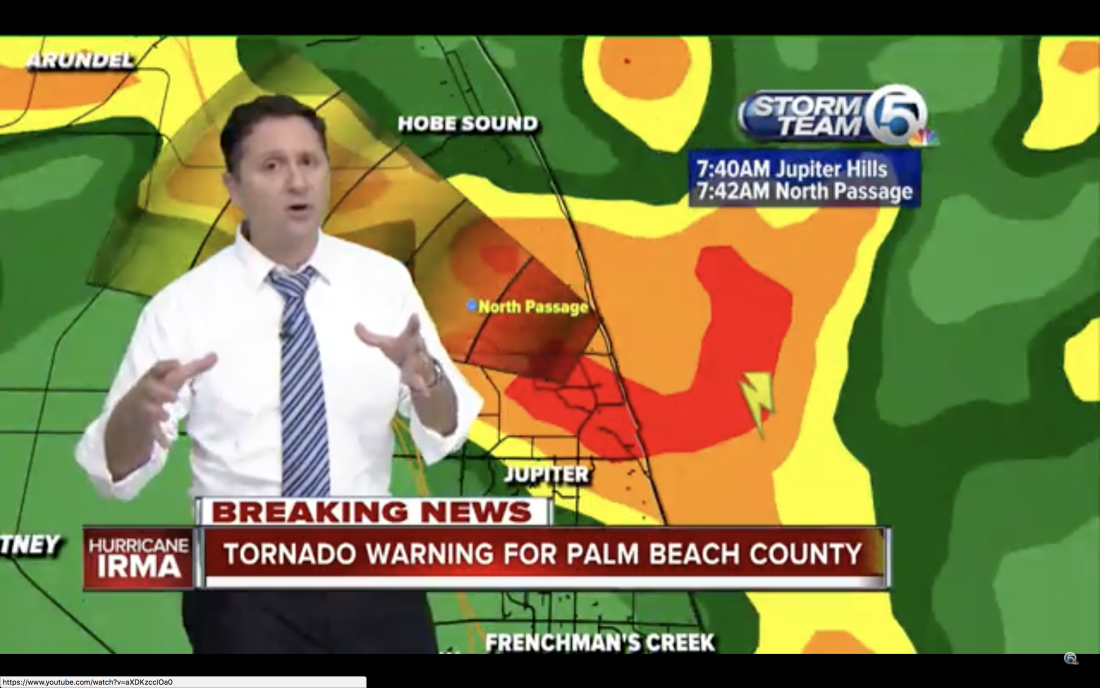 While we take it for granted these days, it hasn’t been that long since local TV stations adopted online technologies to stream live broadcasts that can be viewed by anyone with a solid internet connection. At this moment, I’m using various news websites to monitor the minute-by-minute conditions in my home city in the West Palm Beach area. I’ll go into more detail in a moment, but first I’ll get to the importance of staying in contact with those who are hunkered down and in the path of the storm.

While those in the path or the ensuing aftermath of a storm can lose internet connectivity, until that happens, Facebook and special interest websites have become the go-to place for check-ins and updates. Yes, it’s a game changer and whether it’s through Messenger or local group pages, Facebook has changed the way we stay in touch and obtain instant updates. Yes, there’s text messaging, but without sounding like a commercial for Facebook, nobody makes it easier to be in touch with Friends, Family and neighbors and has proven to be reliable.

Also, with power and landline phone outages a major factor in severely impacted areas, wireless systems seem to have the ability to stay up and running through much of the storm. Yes, they can get overloaded and the bandwidth speeds can slow to a crawl, but for the most part, they’ve progressed to the point of being fairly reliable.

On Friday, when Hurricane Irma was just making it’s way towards Florida, I received a text message from Verizon that stated, “FREE VZW MSG: We’ve got your back. We’ve got your usage. Domestic Data, Voice and Text Relief in affected areas 9/9 – 9/11. vzw.com/featured/relief/irma.” The link led to this page: 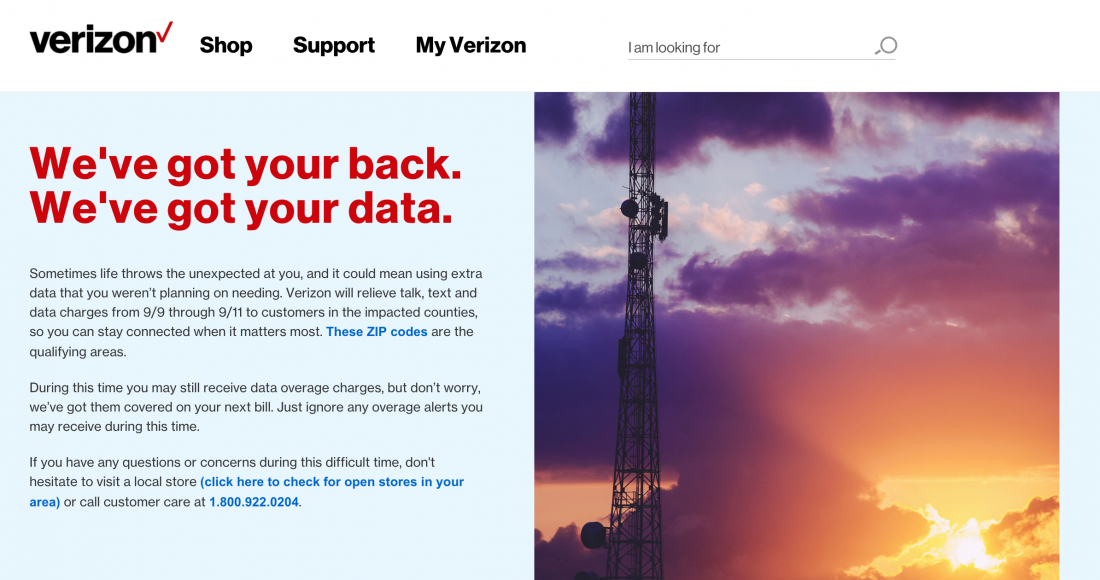 Yes, the cell phone providers have a heart when severe weather strikes.

If you’re in the path of a storm, it’s inevitable that at some point you’ll lose the cable signal. As long as you have an internet connection, you can still watch local broadcasts. As I write this post, I’m safely camped in middle Tennessee awaiting for the storm to pass and the roads to clear before heading home to South Florida. The easiest method to watch local news is to browse to the TV station’s website and look for the “Live” button. I’ve noticed that some of the stations don’t have it as predominantly featured as others and it may take a keen eye to find the link. 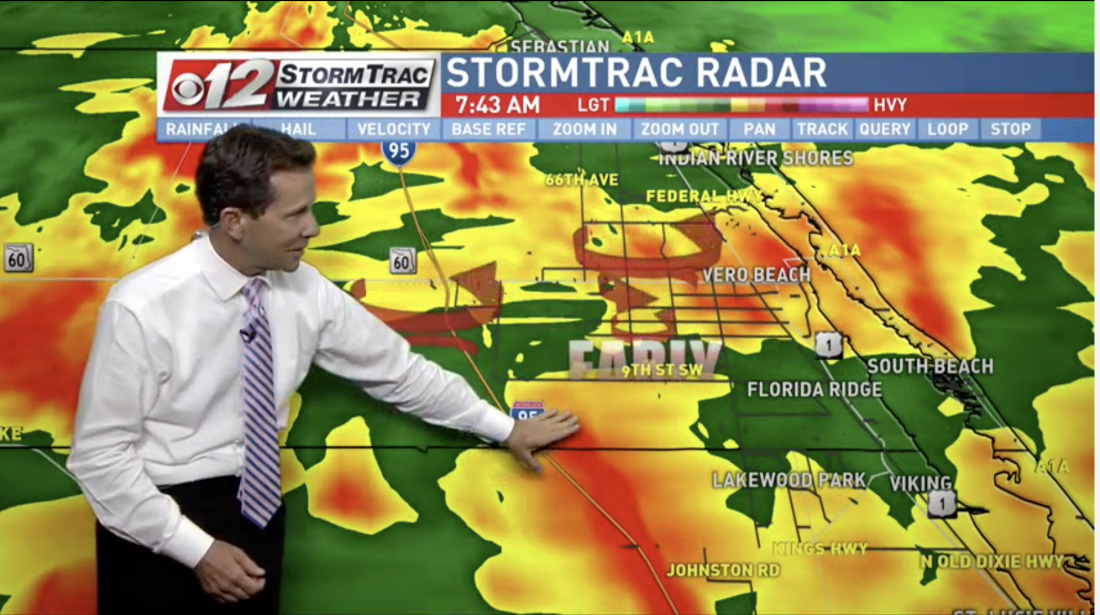 If you’re like me and have evacuated, it’s a good idea to monitor local stations not only at your destination, but check in on ones that are on your route. This gives you the ability to see what the storm is doing now and when it will clear. Once the storm passes, it’s a reliable method to see if there’s delays on local roads and highways.

Another method of finding online TV stations is through Livestream.com/News. This site is comprised of a wide variety of local TV stations that stream broadcasts online. https://livestream.com/news 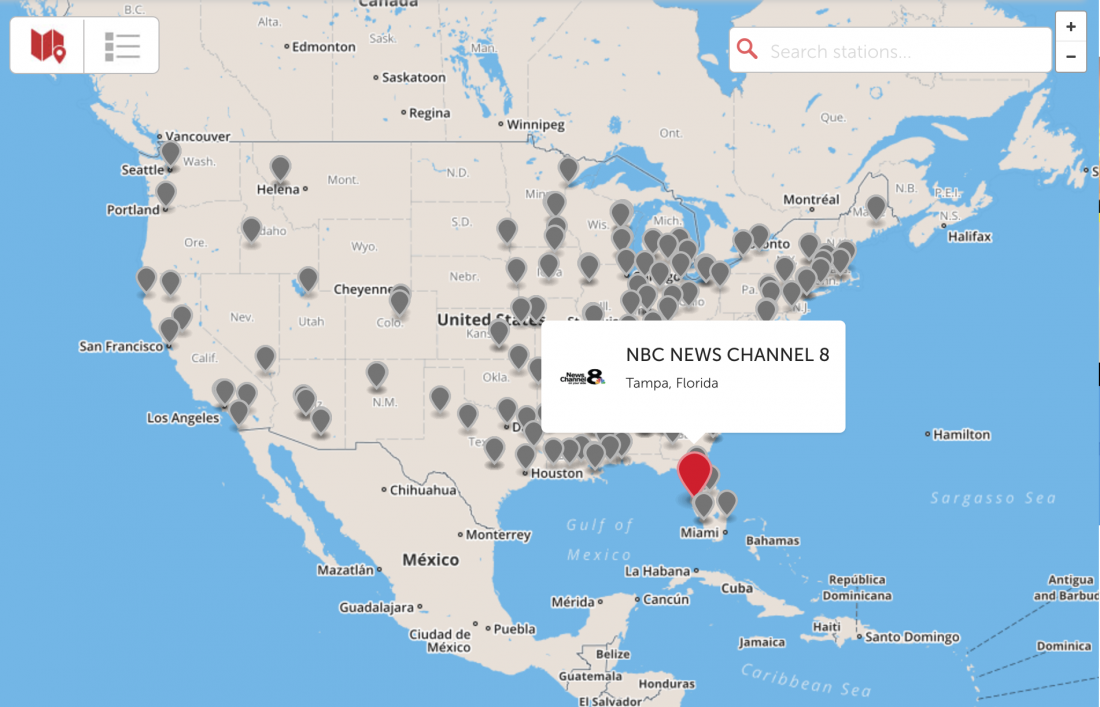 If you’re in an affected area and are using a home satellite TV system, odds are that as soon as heavy cloud cover reaches your area, you’ll lose the ability to receive the signal. For obvious reasons, cable TV systems seem to have the ability to stay up and running longer than satellite systems during a storm, but yes, when the power goes out, even if your home is powered by a generator, the cable systems may shut down.

This is a good reason to have at least one indoor antenna that can be attached to a TV so that you can monitor the local news. While you might not have one connected during this storm, it’s a good item to have on your hurricane preparedness list for the next one.

Indoor antennas are relatively inexpensive and $20 – $50 buys one that will have the ability to receive over the air HD signals.

Instead of singling out a specific model, here’s a link to a variety of available indoor HD antennas: Amazon: Indoor HD Antennas

I’m a subscriber of the DirecTV Now service and simply stated, it’s a method of watching this company’s channel lineup without the need for a satellite dish. It uses a cellular or WiFi connection and as long as you’re within an AT&T service area, I’ve found it to work in a reliable manner. Depending on your current location, local broadcasts may appear on the channel lineup. https://www.directvnow.com

Since DirecTV is now owned by AT&T, if your phone or tablet has AT&T cell service, there is no restriction on bandwidth usage and is considered to be “data free.” This means that watching DirecTV Now on an AT&T device will not adversely affect your usage limits or add to your cell phone bill. While I’ll do a separate story on this later, I carry a Samsung 18″ tablet that’s attached to an AT&T 1GB service plan that’s only used to view DirecTV Now. After a few months of testing, I have not experienced any additional service charges.

I’ll admit that I hadn’t heard of the Zello Walkie Talkie app until Hurricane Harvey approached the Texas coast. This free app operates in a similar fashion to a CB radio and allows users to communicate through specific public channels that relate to specific topics. Like a CB radio, a Zello user can monitor or contribute to conversations. However, a WiFi or a cellular signal of at least 2G signal is required for Zello to operate. This app is available for both Apple and Android systems.

I Heart Radio and Tune In are also noteworthy apps for listening to various radio stations around the country. I’m a fan of I Heart Radio and use it often when traveling as I can listen to a wide variety of radio stations. Like Zello, these services require an active WiFi or cellular signal. If you’re favorite home radio station is not listed in these apps, check the station’s website as there’s a good chance there’s a listen live button on their home page.

Gas Buddy is the go-to app to monitor local fuel prices and availability. It allows you to locate fuel information by searching city, state and zip code. This app kicks into high gear during times of fuel shortages or spiking prices.

I’m glad that my motorhome is equipped with a CB radio. While I don’t keep it on all the time, when approaching traffic areas it’s my go-do device to learn in advance of possible delays or accidents. Whether you’re evacuating a storm or returning to an affected area, in my opinion there’s no better communication device to have on a motorhome than a CB radio. It’s a great device to give an early warning of closures or debris that could adversely affect the route or safe travel.

While I’ve been flying drones for nearly four years and have first hand experience on the benefits of using a flying camera as a creative photography tool, I’ll caution those in storm affected areas to operate within Federal and Local regulations before, during and after a storm. Forget trying to capture some cool video to post on YouTube as flying in the aftermath of a storm could adversely affect rescue efforts. Use your head.

The bottom line is there’s a variety of useful tools that can assist in keeping you comfortable and safe during a severe weather situation.

To my Friends who are in the storm’s path, stay safe and stay in touch. We’re all in this together.