If you’ve been keeping up with my posts about shopping for my first motorhome, you already know that I’ve been exploring the concept of buying my Last Coach First.

This theory came to light when I visited my Friend, Mike in Las Vegas and he provided a tour and a ride in his new 2016 Newmar King Aire. Mike’s first (or starter) coach was a new 40′ Tiffin model and while he had many positives to say about this model, he decided he wanted additional space and a floor plan that was laid out a different manner. His experience with his first coach allowed him to feel comfortable custom ordering a Newmar King Aire.

While riding shotgun in the King Aire’s ultra comfortable seat, I asked Mike a simple question: If you could start all over, what would you have done differently? His response was enlightening as he stated, “I would have purchased my last coach first.” While he provided a full explanation, it seems his main point was that due to the rapid depreciation of new coaches, if he would have gone all-in upfront and purchased his last coach first, he would have saved a bunch of money.

As I’m delving more into the pros and cons of potential motorhome ownership, buying a pre-owned model as a first or “starter” coach, seems to have become my logical future path.

In the meantime, I’ve been catching up on my reading and have enjoyed RV-themed books such as Buying A Used Motorhome – How To Get The Most For Your Money And Not Get Burned, authored by Bill Myers. 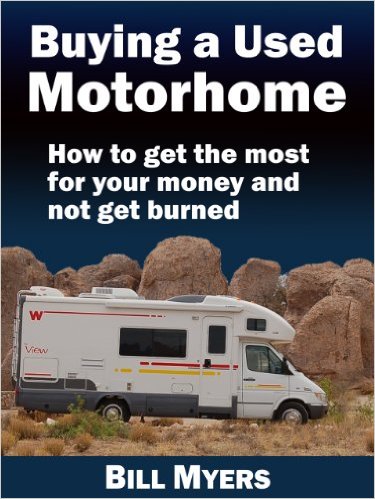 While the electronic Kindle edition of this book is only $3, I’ll call it a must read for anyone considering a purchase of a pre-owned motorhome. The underlying theme found in this book is that you’ll save a bunch of money and make fewer rookie mistakes by making your first coach a used model where the rapid depreciation was borne by the previous owner.

This is basically the same concept I’ve found on numerous forums…my favorite being ForeForums.com. This forum is centric to older Foretravel models and is filled with users who have shown much willingness to assist this potential first time motorhome purchaser. Since a new or pre-owned Foretravel model remains on my short list, I’ve enjoyed the interaction with the Members on this site. Unlike some other RV related forums I’ve visited, ForeForums seems to be welcoming to newbies such as myself and the Members don’t laugh too hard when I post a “rookie” question. Let’s see if that holds true after I purchase a coach and start asking for instructions on how to empty the waste tank!

It seems that rapid depreciation and artificially inflated MSRP’s are ongoing themes of the motorhome industry. I’m sure that will be a topic I’ll attempt to address in a future post. With that said, it’s difficult to find a current owner who advises it’s best to buy new. Of course, there are some exceptions to buying a new motorhome over a pre-owned model, but not knowing exactly what you want is not one of them.

Here’s what I’ve learned so far in the motorhome shopping process:

It seems that most seasoned owners state that it’s best to take your time shopping, enjoy the process of walking through various models to find desirable floor plans and don’t feel shy taking a seat in various locations of coaches under consideration to understand the livability factors.

Taking multiple test drives at various speeds and different roadways is only part of the process, and taking into consideration that it will be parked at campsites for longer stretches than it will be driven on the road, getting to know the coach from the inside out is a very important factor. 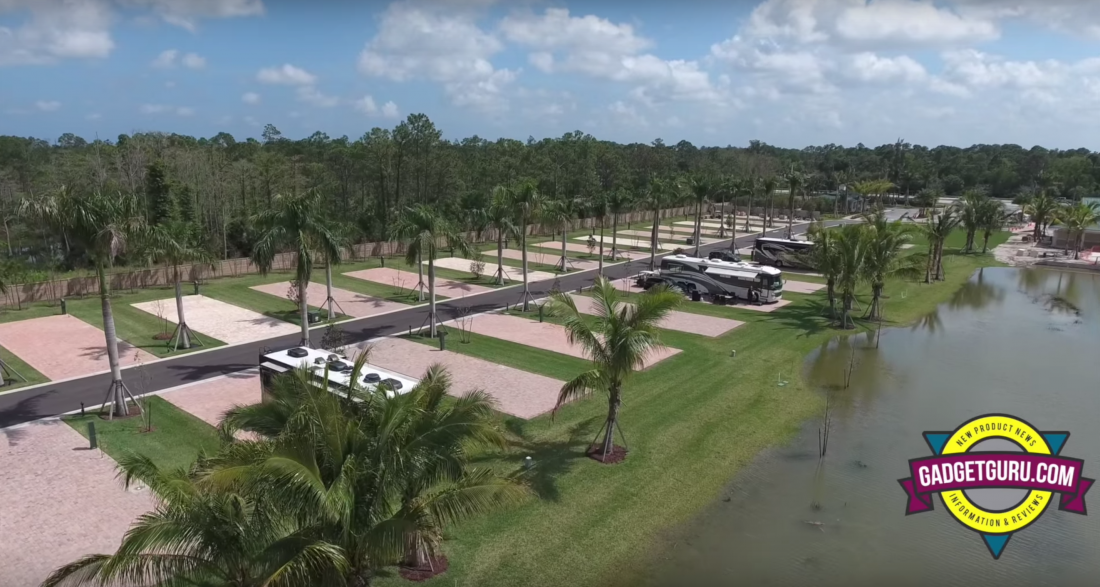 When all that is said and done, take your time in attempting to locate a pre-owned coach that checks most of the boxes on your list. Simply stated, when determining which model fits your desired lifestyle, don’t be in a rush. But, when you know what you want, be prepared to pounce!

When it comes time to buy, it’s important to receive documenation that a specific coach under consideration is up to date on all service needs and all recalls and service bulletins have been properly addressed. This seems easier said than done as finding accurate records on pre-owned coaches appears to be not as easy as it is with automobiles. Surely it would be wonderful if there was an easily accessible service such as a Carfax for coaches that could show you if there were any incidents suffered by a specific coach.

And most importantly, no matter how cordial the seller, get any used coach inspected by an independent third party. Yes, repairs and upgrades will most likely be needed and going in with eyes wide open will most likely provide for a more comfortable buying and ownership experience.

Understanding that I have no experience in the world of motorhome ownership and while I have fantasies on how I think I’ll be using to travel in a relaxing manner around the USA, only time will tell how I will actually end up using it. While buying a pre-owned starter coach makes a lot of sense for most newbies, I have spent some time traveling to visit various manufacturers to explore the validity of purchasing a new coach.

While I’m still weighing my options, the question has become: If I am truly attempting to purchase my last coach first and have it custom designed to my specifications, which brand would I consider to be my last coach? There were three answers to that question: Foretravel, Prevost or Newell. 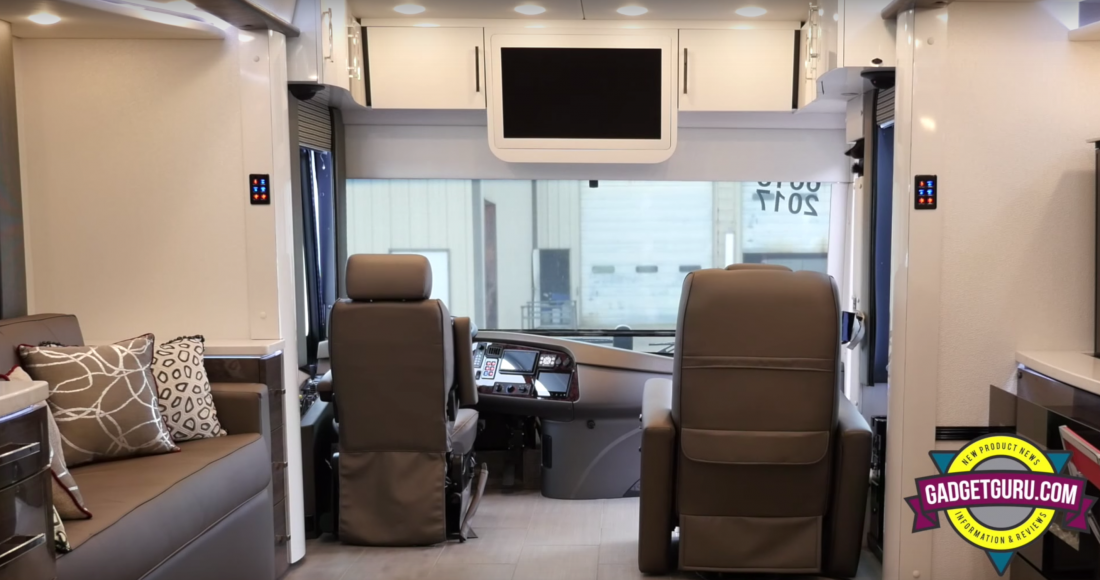 The Foretravel IH-45 seems to be the value proposition for those seeking a higher tier luxury coach. While I visited the Foretravel factory in Nacogdoches, Texas and gave this model consideration, I simply wasn’t finding enough information from current owners online to make this a solid choice. I’ll say the same for Foretravel’s relatively new Realm model. 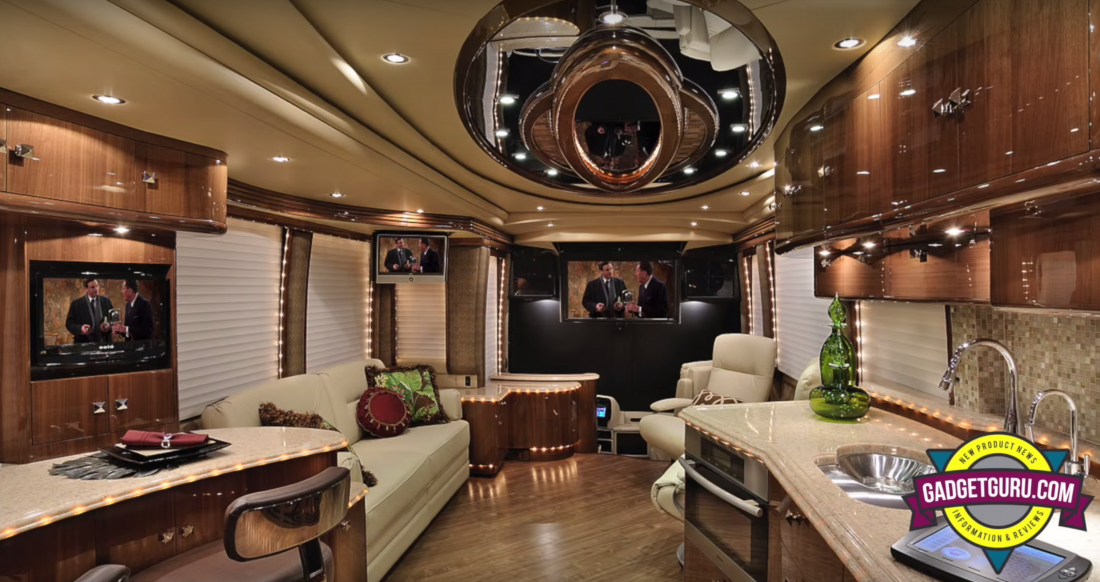 As you can read in this story and the accompanying video, I spent an afternoon at Liberty Coach in Stuart, Florida and while its Prevost conversion models are nothing short of gorgeous and built of top quality materials, the models built by this Liberty Coach only featured three slides: One large slide was located in the front living area and two slides expand the rear bedroom. As I pointed out in the video, on paper it seems like it would be a bit cramped upfront with only one slide…but it wasn’t. Every square inch was maximized and it did not feel cramped. The quality of the build, from everything I could touch and see, was absolutely top notch. 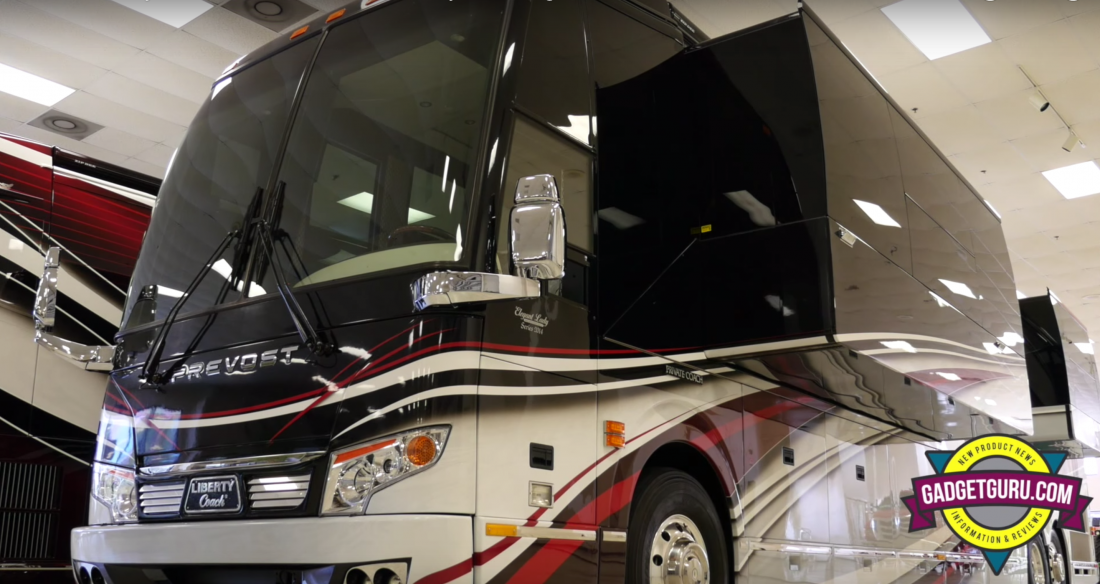 There was one factor that gave me pause and was a bit confusing to this rookie, and that was its warranty.

From what I’ve learned so far, with any Prevost conversion, the chassis/shell comes from one company and the interior and other areas are designed by the specific conversion company. In this case, the converter is Liberty Coach. While Liberty offers some gorgeous designs, you need to like the concept of the design. Allow me to explain. Read on…

If you were building a house, once the lot was selected you would need to choose a builder. While there’s many factors in making this selection, a main point could be that builders’ experience in a specific design style. For example, if you wanted a contemporary house, would it make sense to work with a builder who has only created Mediterranean houses? Yes, they could do it, but it may be pushing them out of their comfort zone.

Since I was seeking a modern design along with my desire to have four slides so that I could have the maximum amount of interior space when parked or while camping, while I greatly appreciate various Prevost models, it simply wasn’t what I was looking for. The other factor, at least for me, was the warranty.

With various components involved in the construction of a Prevost, after the initial warranty period expires, while Liberty has a strong reputation for customer service, when specific items require attention, it could require contacting different companies to have the work addressed. While this is not a big deal to a seasoned coach owner, to this newbie, it was an important factor to consider. That’s simply due to the fact that when something is in need of repair, I may not know exactly what it is that’s causing the issue. In my perfect world, when something went bump in the night, I would take comfort in making only one phone call to start the diagnostic and repair process.

This thought led me to visit a company that does just about everything under one roof and that’s Newell Coach in Miami, OK. 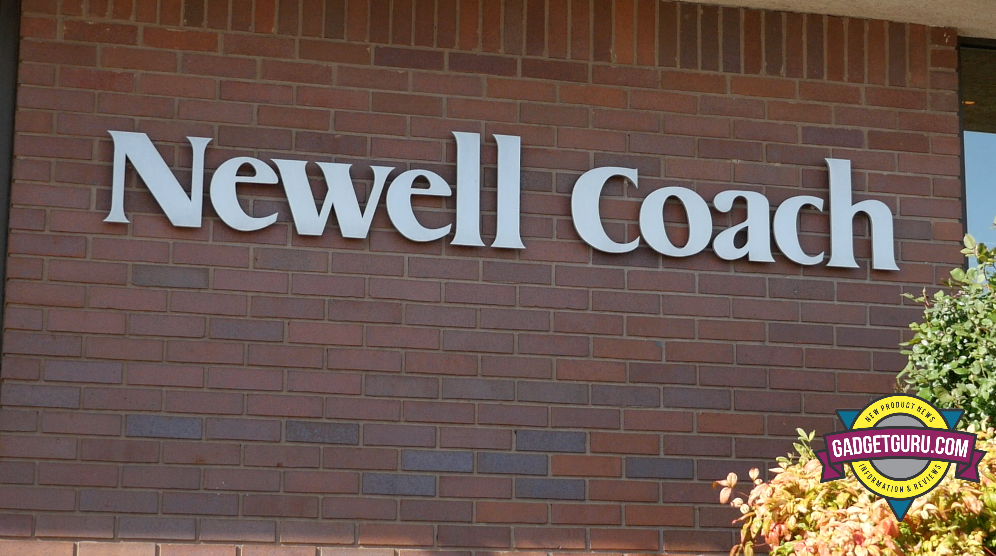 Click here to read chapter 12 of my adventure that highlights my pursuit of buying my Last Coach First and strongly considering a custom designed Newell Motor Coach.

Prevost For Newbies – Part 1: Passenger Side Bays Of A Marathon Coach