While it’s been a busy few months and I’m behind on my videos and posts, I’m finally catching up. With the Prevost Expo starting in just a few days, you can bet fresh content is coming soon. With that said, it’s now time to reveal the results of the Happy Jack bunk modification that was performed by Marathon on my 2014 coach.

If you want to skip the blog post and only view the “after” video of the Marathon Happy Jack Bunk Modification, scroll down as it’s posted near the bottom of this page. You can also CLICK HERE to view it directly on YouTube.

From the onset, my goal of this modification was to be able to effortlessly convert the bunk to and from an area that will sleep two (like traditional motorhome bunk floor plans) into one that transforms the space into a comfortable and private compartment for a guest. When the top bunk is fully lowered, this would provide more than ample headroom to sit upright in what was once very tight, 24″ tall sleeping quarters. If I have two guests, a press of a button converts it back to a two person bunk area. It was my hope this would be a way to create the feel of having a second bedroom and that a guest would not be confined to just laying down when using the space.

While I was inspired to do this mod based on a video I found in Marathon’s online archives, it seems their concept was to, at a press of a button, convert the bunk into a spacious closet. While I found the option of having additional closet space attractive, I wanted to take it a step further and to create a space that could be considered a second bedroom. Here’s the Marathon video that gave me the inspiration and confidence to attempt this modification:

There’s a major difference between the bunks in my coach and the one seen in the video above. The bunk in the Marathon video features wood doors and an interior pull-down screen while my bunk has soft curtains. As you’ll see in the “after” video, I feel the curtains allow for passengers to have a non-confining feeling while granting a level of privacy. Also, since the wood doors stack on both sides of the bunk space, having curtains that collect on one side seem to provide a more open feel. 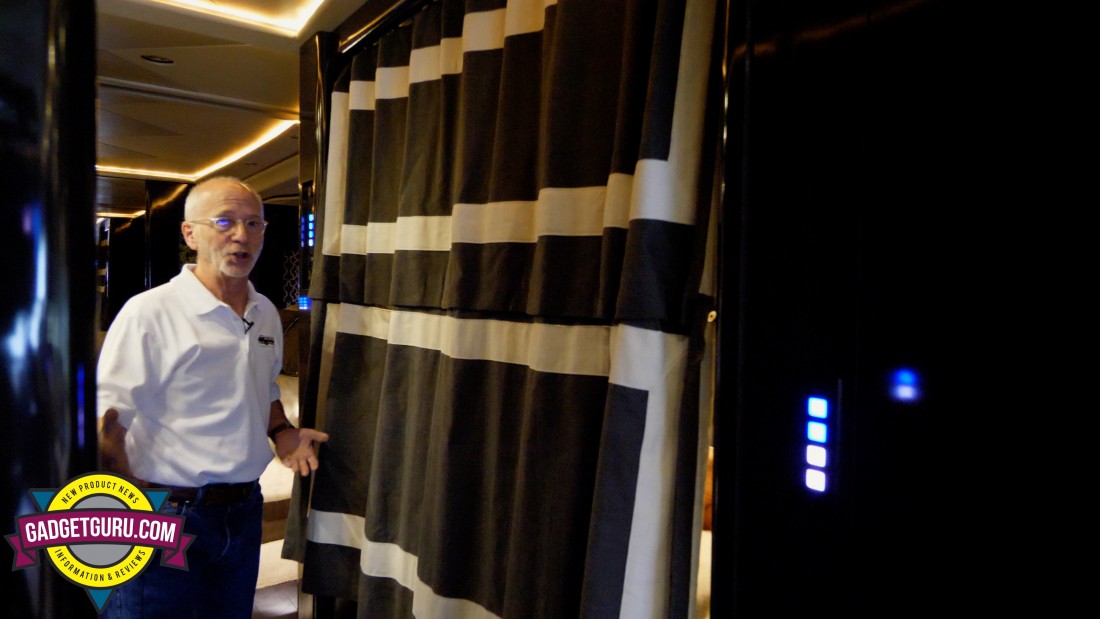 Allow me to state the craftsmen at Marathon are second to none. While it’s difficult to see in the video and considering that nearly the entire bunk was pulled out and reassembled with new components, the new wood components were as a near of a perfect match to the original as I’ve ever seen. Kudos to Marathon!

To give this compartment the feel of a second, we removed the flip down TV on the top of the upper bunk and replaced it with a larger wall mounted TV. We also added USB jacks as well as some safety features that are highlighted in the after video. 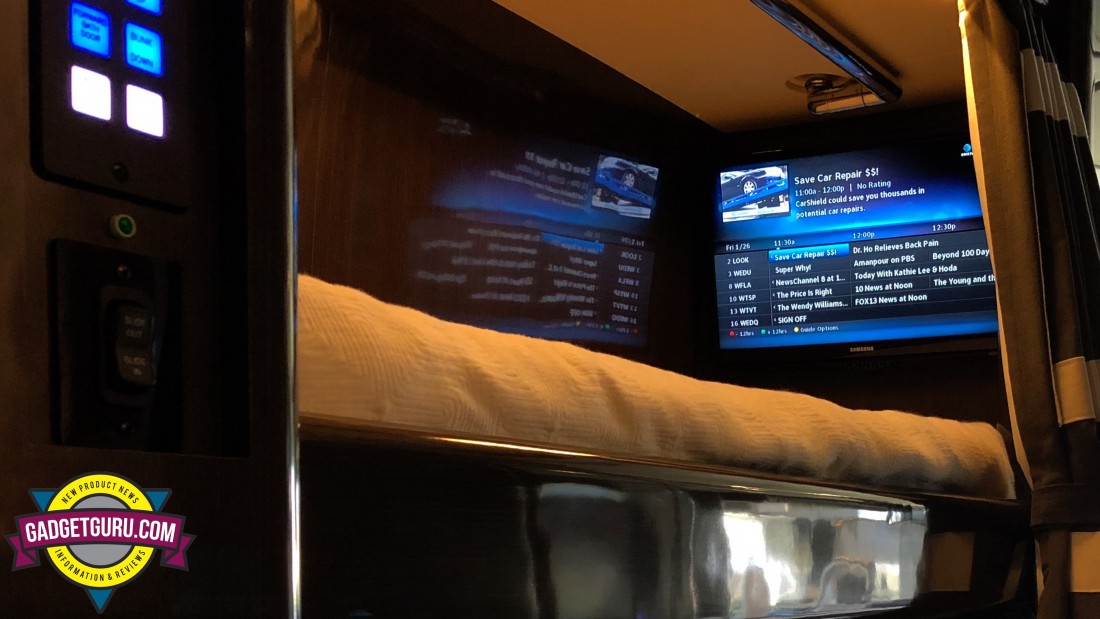 The only factor that could be considered a disappointment was that while I installed a new television monitor at the foot of the bed and although there’s a Crestron station in the bunk, due to the existing wiring of the coach, Marathon was unable to find a method to deliver the same audio/video features the coach has in other rooms to the bunk area. For example, let’s say two of us are watching a BluRay in the salon, should I decide to retire early and continue to watch the movie in the master bedroom, all I have to do is select the BluRay option from the Crestron screen in the bedroom and watch the video simultaneously with the person who’s located in the salon. I made the “assumption” the same would hold true for the bunk. Simply stated, my assumption was incorrect. That’s due to the A/V wiring used when Marathon built this coach for the original owner. Unless I wanted to go to the expense of rewiring the bus with Cat5e or higher, that was not possible. The good news is that functions such as DirecTV are available to operate in the bunk in the same fashion as the other areas of the coach. Otherwise, I’m very pleased with the result of this modification.

I produced before and after videos of this mod and the “before” video shows my expectations and tells you why I decided this modification was desirable for my traveling lifestyle.

Here’s the before video:

The after video not only provides a demonstration of the motorized function that converts the area from a twin bunk to what could be considered a berth or private bedroom, you’ll see why I prefer curtains over doors. You’ll also get a look at a safety feature I added that will be useful when both bunks are occupied.. As a bonus, you’ll meet Siren Williams and she’ll provides insight from the point of view of a passenger who has spent many nights in the bunks both before and after this modification. While Siren’s resume shows many years as a professional Yacht Stewardess and has spent extended periods in various crew quarters, she provides some valuable insight from a passenger’s point of view. You can follow Siren on Instagram at https://www.instagram.com/sirenwilliams/

Here’s The Video Of The Completed Happy Jack Bunk Mod:

Questions, comments and opinions are welcomed.

Prevost For Newbies – Part 5: When To Lift The Tag Axle

What You Need To Know About Airstream Touring Coaches