This is Part One of a Three Part series about my experiences in buying a 2005 Bentley Arnage at a Mecum auction and going through the 15 months process of restoring her to its original glory. The companion video is found at the end of this post.

If you’re like me, you may have dreamed about owning a specific luxury or exotic automobile, but when it was new, financially it was out of reach. For me, my dream car was a Bentley Arnage as I considered this model to be pinnacle of British luxury vehicles. The problem was, when new, the sticker price could exceed a quarter million dollars and that was a bit more than I had in my checking account. So, I had to settle for this die cast model and only dreamed that one day, I could afford the real thing. 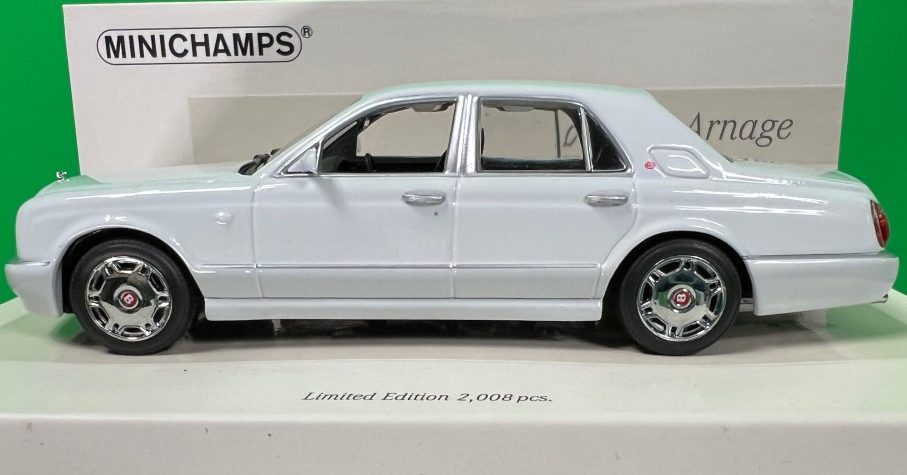 Well, nearly two decades later, that day finally arrived and today I’ll tell you how I made that dream become a reality and what it took to bring this Arnage back to its original glory. 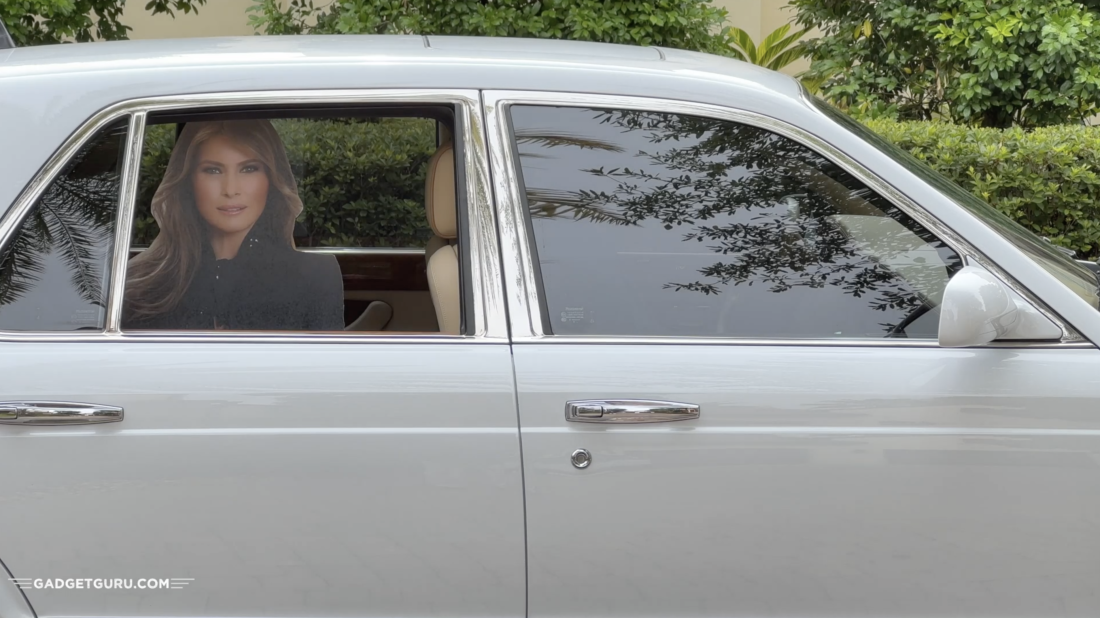 In my opinion, the Bentley Arnage is the benchmark of British luxury cars. Just the look of it speaks class, comfort and elegance. It’s truly majestic and it’s fit for a Queen…or, a former first lady. If you’re shopping for one, the first decision you’ll need to make is whether to buy one that needs an unknown amount of work or one that has gone through the process of bringing it up to date. Of course, many folks online will tell you the importance of buying one that has a full service history. But in reality, since many of the Arnage models are more than 20 years old and have passed through various owners over its lifetime, finding one with detailed service records may not be as easy as it seems. With my Arnage, since no service records were available, I was starting from ground zero.

My story began in the midst of a global pandemic in August of 2020. I was looking for a project and spent countless hours online seeking an Arnage. As luck would have it, I discovered an Arnage with the color scheme with the options I was seeking would be taking place at a Mecum auction in Kissimmee, Florida…just a few miles from my home. This allowed me to see it up close and personal before making any decisions. 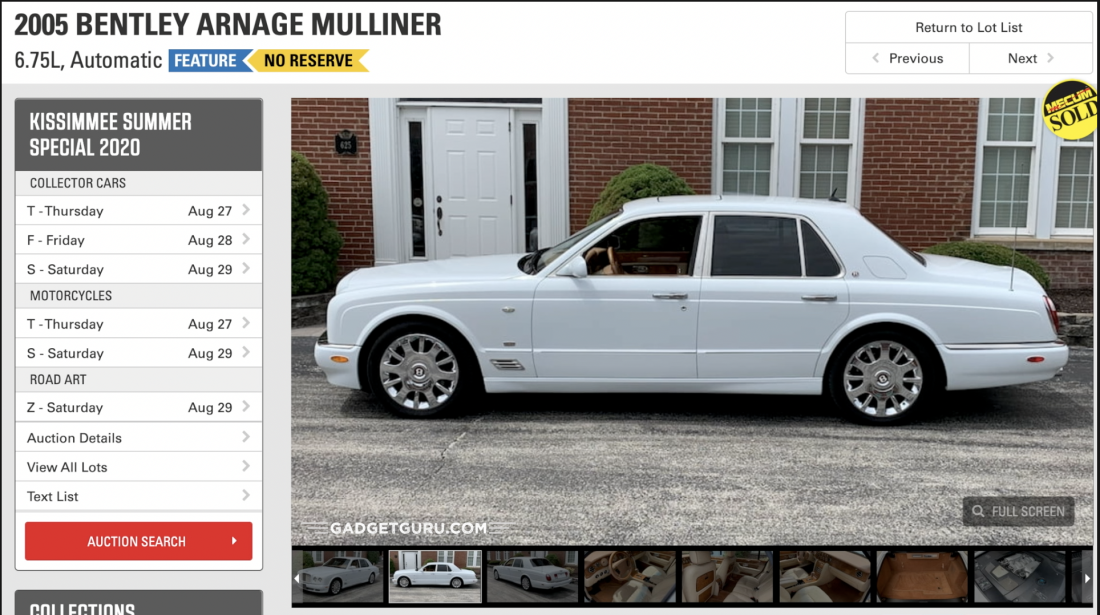 I could tell by the auction photos that this one is different than others I found online and, with a bit of research and a few phone calls, I was able to locate the original build sheet and it showed a sticker price of $245,000.

Other than my favorite interior/exterior color scheme along with the chrome wheels I preferred, the auction photos showed a number of interior Mulliner upgrades such as the burr oak wood paneling on the lower parts of the doors as well as on the lower seat backs. However, I did notice that it had the turbo-style vents on the panels, but since this is not a turbo model, I’ll guess that was either added by a dealer or at some point, by an owner. While they are non-functional, I love the look.

Fortunately, I had a relationship with Braman Bentley in West Palm Beach, Florida and prior to making a decision on whether or not to bid on this car, I spoke with the service manager to make sure they can still work on Arnage models and was told yes. I let them know I had no service records and without seeing it, they said to plan to spend at least $10,000 for tires, batteries fluids, filters and various wear and tear items. And, since this was during the height of the pandemic, they weren’t too busy and could start working on it fairly quickly. I let them know that I wasn’t in a rush and getting it right was better than getting it fast. So, let the games begin.

Along with my assistant, we donned our pandemic gear and checked out the car the day prior to the auction. The first thing I noticed were a few included Muliliner options that were not shown in the auction photos such as a bar and a separate storage area located behind the front seats as well as a bottle refrigerator concealed between the rear seats. Allow me to say that my mechanical skills are limited at best and my inspection was purely cosmetic. Yes, I’m one of those guys who looks under the hood and has no idea what I’m looking at. 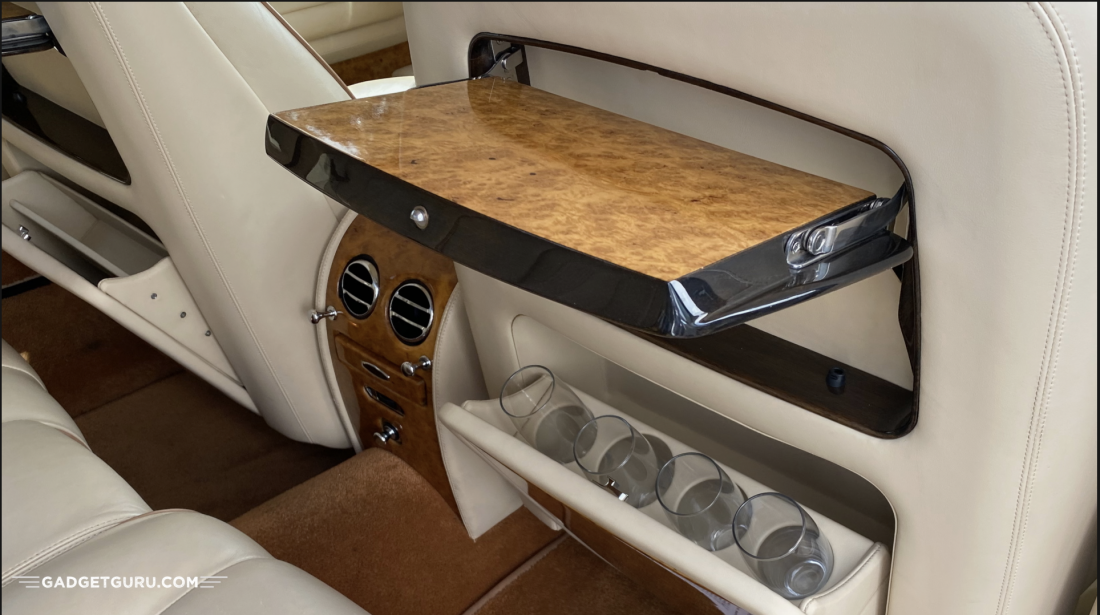 While I was not able to drive it, I did start the engine and saw quite a few service warnings displayed on the screen and, while that was a concern, knowing that these items would be addressed by a Bentley dealer, I decided to take a gamble on its condition and registered to bid on the car over the phone from while watching the auction online. Little did I know at that time the challenges that I would be facing. 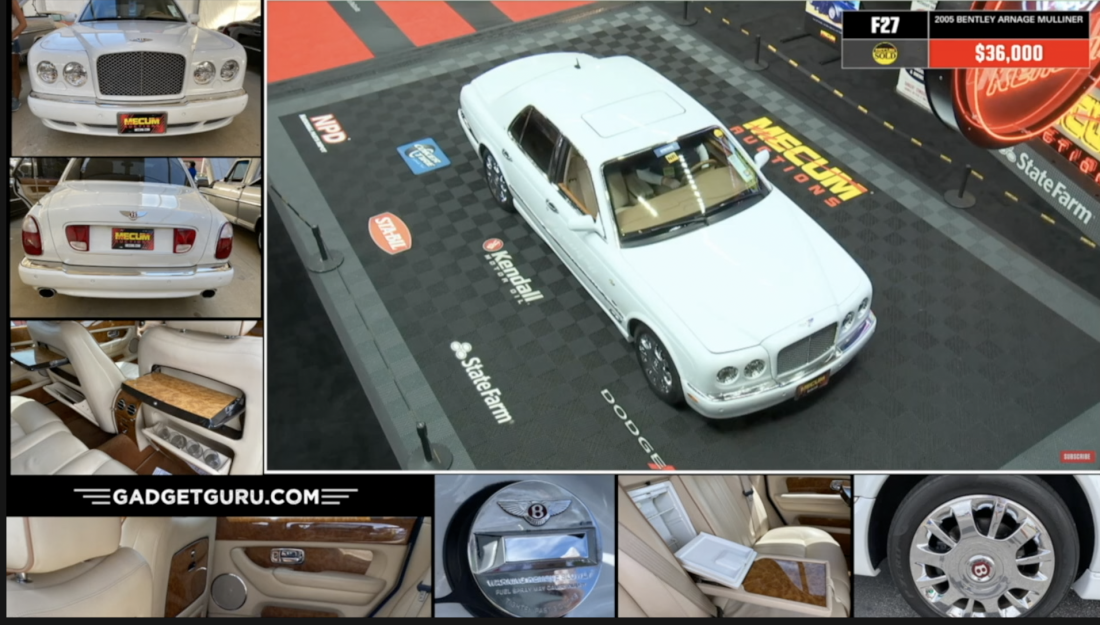 When I won the car, I drove to the auction site, completed the purchase process and arranged for Mecum to ship it directly to Bentley Palm Beach. The cost of this service was $600.

Remember when the Bentley service manager told me to plan to spend at least $10K for the basics, well, after a detailed inspection and multiple road tests, I received a phone call from Braman and learned the car would require much more work than they originally thought and the estimate jumped to to roughly $38K.

Yes, sticker shock, But being a reputable dealer, they said they would lock in that price with an exception if something unexpected arose. And yes, there were a few additional surprises. For the rest of this story, watch the video!