To me, advertisements that play automatically, (otherwise known as “autoplay”) are one of the most annoying aspects of being online these days. It seems that more sites than ever are using this trick to get a paid advertiser’s message across to the web user. 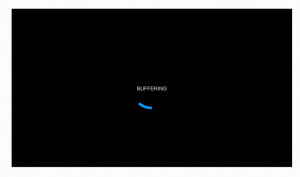 You are directed to a page of a reputable website and you begin reading a story. At the top of the page is a still frame of a video that is related to the story. Even if you don’t click on the video, it automatically retrieves and starts playing an ad. Depending on your Internet connection, there could be a delay before the ad begins to play and it seems that more times than not, you’re already engrossed in the story when the distracting audio starts to play. This requires the user to scroll back to the beginning to press the pause button…if there is a pause button or to select to skip the ad in itself to advance to the video content that’s related to the story. It seems that in many cases there’s no way to skip around the ad and other than pressing the computer’s keyboard mute key, even if you’ve scrolled past the video, you must endure listening to the audio of the ad.

I get it, it’s about generating income.

Not being a hypocrite, there’s ads on this page…but to my knowledge they are silent and for the most part, out of the way and don’t adversely affect your ability to simply read the text without interruption. I’ve even opted to have ads on my YouTube videos and I understand that for us little guys, it’s one of the few methods of attempting to recoup the investment necessary to keep sites such as this up and running. After all, I would like to spend my free time creating content, not soliciting advertisers. But that’s not what this story is about as I would like to specifically address these ads that automatically play videos without the user even having to press a button.

Advertising is not a new thing as it’s been the standard method of allowing content creators to pay the bills. Whether it’s newspapers, magazines, websites or whatever, there’s no escaping advertising. If you’ve ever watched an episode of Mad Men, you realize how important advertising and lucrative was in the 1960’s and it seems that with so many different platforms to deliver content these days, ads are even more prevalent today than they were back in the days of Don Draper.

We live in a day where people who create content need to be paid for their efforts. If you don’t believe me, just ask Taylor Swift. While I may have disagreed with her initially, I’ll say she made a very good point. My initial thought on her efforts were that her music was basically an investment in the future of a new music service and if it took off, she would have a new income stream. But I’ll admit my initial thoughts did not think about the little guy who didn’t have a voice and was overlooked. For that fact, I applaud her efforts. In the same way, I can appreciate how web content creators need to be paid as well. It’s the form of advertising that’s being commonly used these days that, as stated previously, is simply annoying.

It makes sense that various forms of media that don’t charge a usage fee need to find methods of generating income somehow or face the reality they may need to close the doors as bills need to be paid. But what gets me is while we’re paying fees for some content, there’s still advertising. If I watch a show on NBC, I expect ads. Why? Because it’s free. Yes, I pay the cable company for the transmission to the home, but if I choose, I can get the network affiliate’s signal over the air for free with the purchase of an antenna.

However, when I watch a show on a pay service or on a variety of paid on-demand services, having to endure non-skippable ads is simply a pain.

I can understand there are times when an accompanying video may enhance the content, but there seems to be a simple common element at play when video and text are used to tell a story:

When a print publication has both text and a video, the text is probably better than the video. On the other hand, when a TV station runs a text story on it’s website, the video is typically the better source of content. Heck, sometimes it appears the text that appears on some TV news websites these days is nothing more than a transcription of the video. I’ll guess that means it’s redundant.

I’ll summarize my thoughts on this matter with a simple statement: There’s got to be a better, less intrusive way to do this.

And, a word to advertisers: When you contract to place your ads that accompany a video that can be skipped after five seconds (or so), find a way to get the word about your brand out in the first five seconds. That’s because, if other users are like me, we’re counting down the seconds until we can click the link that states, Skip This Ad.