Last month, while visiting my Phantom 3 Pro buddy Ted in Las Vegas, I produced a video that compared the quality of the video generated by his DJI Phantom 3 Professional to my Yuneec Typhoon Q500 4K. Honestly, it wasn’t even a contest. In fact, it was such a mismatch that even I thought something was wrong with his copter. Others who viewed the video online agreed. That video can be found by clicking here or the image below. 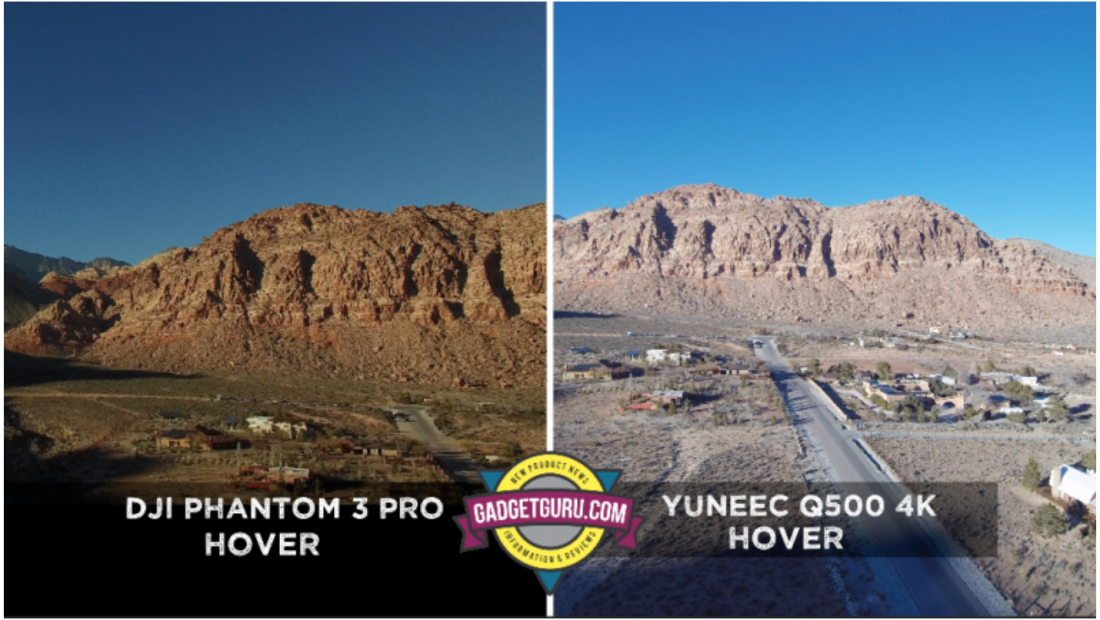 So, I did what any self respecting tech Journalist would do…I offered a rematch!

But, considering the jittery image, I contacted Ted’s local DJI Authorized Service Center, Drones + and asked if they would take a look at his copter to double check it’s in good working order. They did and stated it was working fine. Ted also added new DJI carbon fiber reinforced props for the rematch and they were brand new, out of the box and ready for the rematch. And, just to make sure it wasn’t a settings error, Ted contacted Romeo Durcher, DJI’s Director of Education to confirm he was using the appropriate settings.

With all that said, here’s the rematch (and below that is something I think you may find very interesting):

As stated in the video, when we’re shooting in the field, we have no idea what the video will look like until the video files are transferred from the copter’s SD card to the computer for playback. So, when we completed that part of the video, I thought it would be a good idea for Ted and I to swap controllers and fly each other’s copter and to get immediate impressions.

I’ve owned two Phantoms and have a lot of respect for DJI. I also own two Q500 copters and have grown to respect what Yuneec has accomplished in such a relatively short period.

I’m fully aware that Phantom’s are typically much more responsive than Typhoon’s and are a blast to fly. But, between the Phantom 3 and the Typhoon Q500 4K, personally, I prefer the video generated from the latter and I find the colors to be a bit more natural on the Typhoon. For example, in the following video, like the first one, it’s being shot in the Nevada desert and there’s very little green in that area…almost everything is brown. But, judging by the color generated by the Phantom’s Auto setting, it appears the barren desert has sprouted some green growth.

So, to rule out user error, here’s the video of Ted flying a Typhoon for the first time and me with my first experience with a Phantom 3. Yes, it’s a long video, but it’s worth it to see the differences and what happens when I get my hands on a Phantom.

So, you be the Judge. How’s this for a fair and balanced comparison?