Before I get started, allow me to thank my friend Lois Haynes for sending me a fully preserved example of Texas Instrument’s Speak and Spell along with three expansion modules. This truly sparked some memories about my days at Texas Instruments in the early days of the tech era. When she heard that I was part of the team that launched this product nearly 45 years ago, without hesitation, she boxed it up and sent it to me. Thanks Lois!

While the Speak and Spell is considered to be a children’s learning aid, when it was unveiled in 1978, it was one of the highest tech product on the planet. The reason…it spoke. It utilized TI’s Solid State Speech technology to store full words on TI’s innovative solid state bubble memory chip. It’s important to note that this child’s toy marked the first time an actual human voice had been electronically duplicated on a chip. It truly was remarkable for its day. 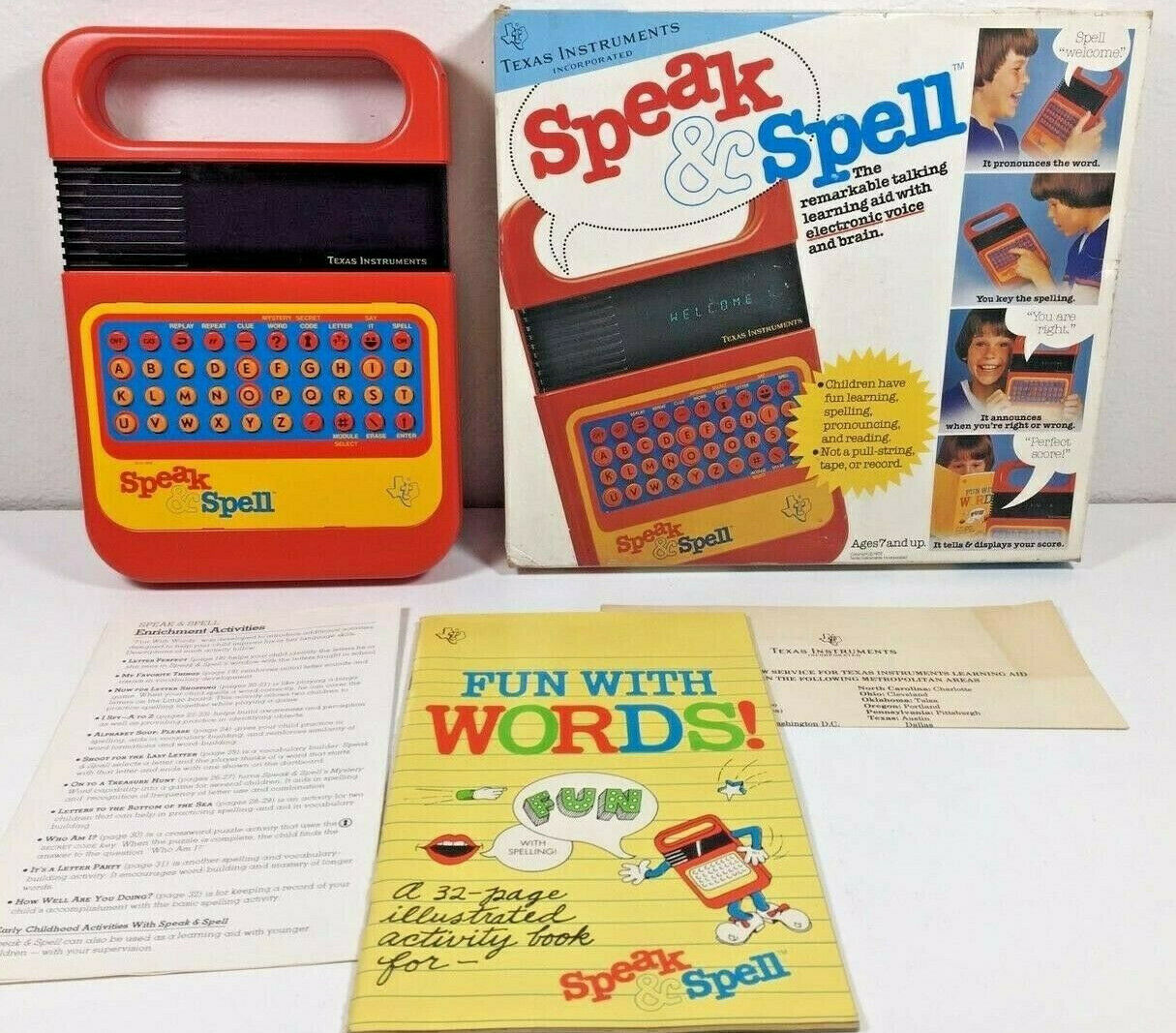 In this video I’ll tell you a few stories about the early days of the Speak and Spell and my experiences at Texas Instruments.

Allow me to clarify one item in the video and that has to do with the commercials that promoted their lineup of calculators. I attempted to locate a copy of a commercial that had a mathematics professor touting the benefits of students using calculators to enhance learning skills. I was unable to find it. It was after that commercial was in circulation where, during a sales meeting, I made the comment about the commercials being boring. You’ll hear the rest of the story int the video.